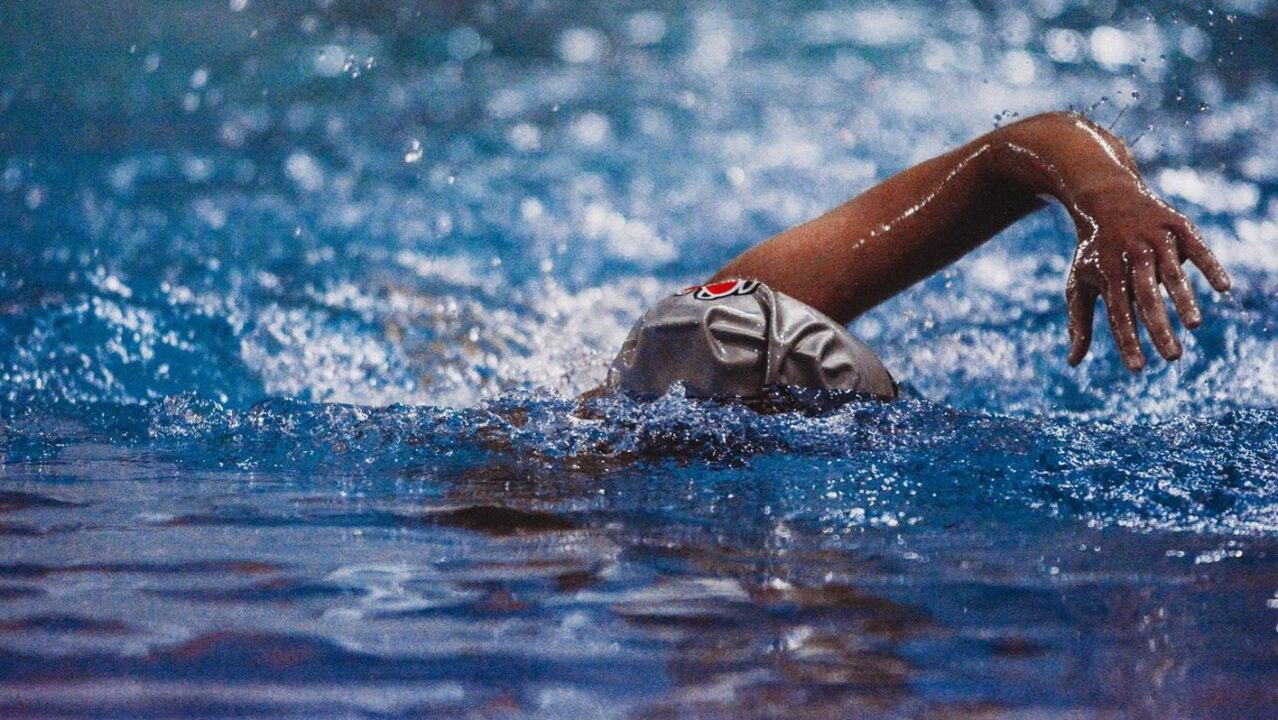 VERMILLION, S.D. – South Dakota men’s and women’s swimming and diving punctuated its first home swim meet in 2022 with a trio of school records during Friday’s Summit League dual with Omaha inside the DakotaDome Pool.

The Coyote men set new school and pool records during the dual in both relays, the 200 medley and 200 free. Emily Kahn, meanwhile, lowered her school record in the 50 free for a meters dual as well.

The Coyote foursome of Adam Fisher, Parker Sonnabend, Aidan Gantenbein and Zachary Kopp got the swimming portion of the dual off to a hot start by setting the new standard inside the DakotaDome Pool in the 200 medley relay of 1:43.64.

Fisher (leadoff) and Kopp (anchor) joined Mack Sathre and Charlie Bean in closing the dual strong with a 1:34.53 in the 200 free relay that was the fastest ever inside the DakotaDome Pool.

Cassie Ketterling won the 100 IM in 1:06.07 while the women’s team also received first place efforts from Mairead Powers in the 800 free (9:30.52) and the 200 free relay quartet of Christina Spomer, Shannon Banark, Madilyn Sindelar and Emily Johnson who clocked 1:49.99.

William Johnston and Jacob Won won a pair of individual events for the men while Sathre, Bean, Gantenbein and Keegan Henning also earned an individual win during the dual.

Johnston, a senior, swept both diving events, scoring 254.05 on the one-meter board and 261.95 on the three-meter board.

The Coyotes are back at the DakotaDome Pool on Saturday to host rival South Dakota State. Diving starts at 11 a.m. with swimming portion to follow at approximately 1 p.m.

VERMILLION, S.D. – Omaha swimming & diving swam its first of two meets this weekend vs. South Dakota Friday night. They Coyotes took wins over both the men and women. Kody Hollingsworth captured the pool record in the 100-back with a time of 55.84.

“The meet when well,” said head coach Todd Samland. “Our energy was not as strong, but we were very steady and competitive. I am looking to see how we respond tomorrow with back-to-back meets.”

The meet opened with a first-place finish for the women in the 200-medley relay. Gracie Streblow, Caroline Gardner, Hailey Matthews, Payton Easley posted a time of 1:58.05. A team of Hollingsworth, Chas Nolte, Elijah Clements, and Owen Hoak placed second for the men with a time of 1:44.45.

Matthews took second in the 200-free for her first individual placement. She swam a time of 2:07.44. Caleb Miller led the Maverick men to third with a time of 1:57.60.

Easley added another top-three finish on the night with second in the 100-free. She swam a time of 59.97. For the men, Young placed second with a time of 52.67.

Streblow earned another first-place finish for Omaha in the 100-back with a time of 1:04.75.

The final event of the day was the 200-free relay. A team of Hagemann, Streblow, Baker, and Olivia Wassink placed second with a time of 1:50.17. On the men’s side, Miller, Waszak, Kempf, and Hoak took second swimming a time of 1:36.45.

The Mavericks return to action tomorrow afternoon at St. Thomas. The meet is set to start at 12:30 p.m.