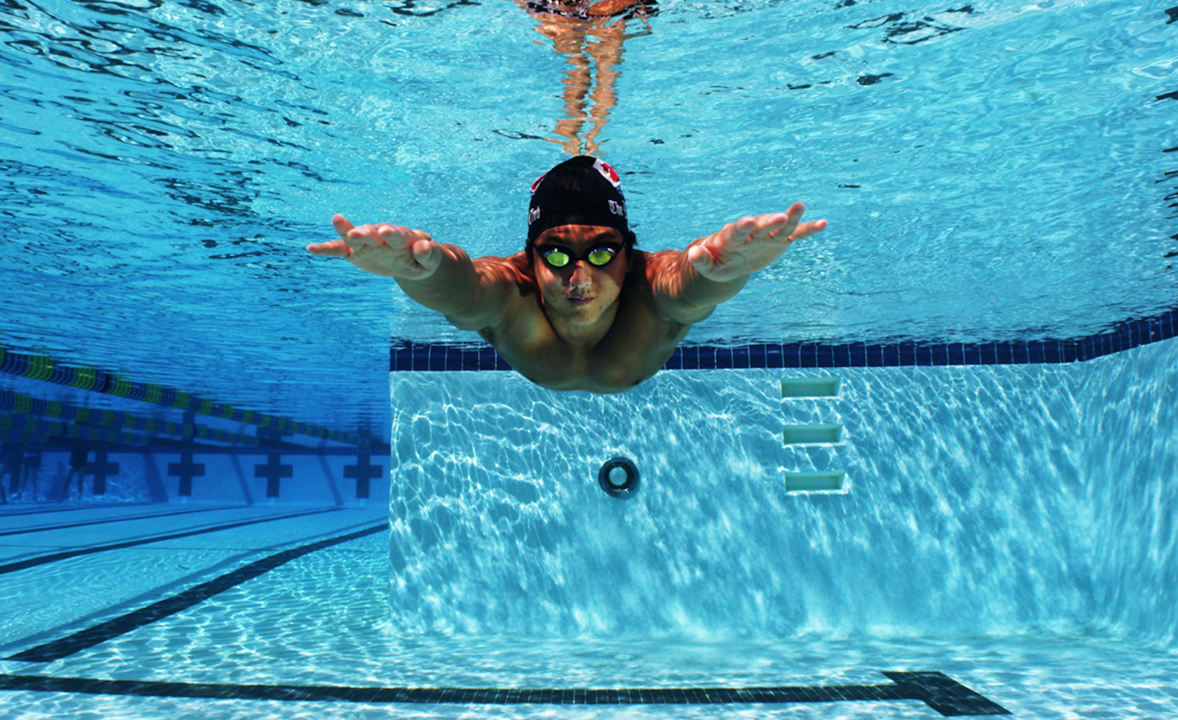 Frontal drag is the enemy of the swimmer and reducing it needs to be a primary objective. Since tech suits are not inexpensive, are they worth the investment? Current photo via The Race Club

“When you come to grips with the fact that we already bully ourselves, do athletes really need another voice that makes them feel marginalized and inadequate?

Today’s workout will be focused on digesting the work from last week.

In 2008-2009, when the full-bodied polyurethane and neoprene swimming suits were allowed in competition, approximately 200 world records were broken. Never before or since have so many world records fallen in such a short amount of time. The record onslaught had nothing to do with a surge of more talented swimmers that appeared on the scene, nor with some miraculous new improvements in training or racing. It had everything to do with reducing frontal drag, the majority of which was friction.

While the experience of allowing these slick suits was painful (some of the world records still stand), we did learn something important. Frontal drag is the enemy of the swimmer and reducing it needs to be a primary objective. That fact became abundantly clear.

Today, in order to be compliant with FINA rules, all competitive swimsuits must be made of textile fabric. While the reduction of frontal drag from these newer Tech Suits is less than what occurred with the polyurethane or neoprene suits, they appear to cause less drag than nylon mesh suits, for example. The question is how much less drag? Since the Tech Suits of today are not inexpensive, are they worth the investment?

To answer that question, we recently performed some tests in Islamorada using our Propulsion/Drag Meter technology (AP Labs Italy) synchronized to video. During each test, I was pulled across a 50-meter pool underwater in a fixed, streamlined position at a relatively constant speed of 2.30 meters per second. In less than 10 seconds, approximately 200 frontal-drag and velocity measurements were taken for each test.

In the first test, I wore a racing cap and goggles with a 100% polyester brief training suit (Funky Trunks) and in the second test, I wore the same racing cap and goggles with a Fuse Tech Suit (Finis), both in size 34. After adjusting the measured drag forces so that the average speeds in the two tests were identical, we found the average drag force with the mesh training suit to be 217.09 Newtons and with the tech suit to be 206.56 Newtons. This represents a 5.1% reduction of frontal drag force wearing the tech suit, compared to the training suit.

Unless you are Anthony Ervin swimming the 50-meter sprint, you will not be averaging 2.30 meters per second in your swimming races. Because the frontal-drag forces (for friction and pressure drag) are proportional to the square of our velocity, your drag reduction from wearing your tech suit will likely be less than 5.1 % compared to your nylon training suit. But you will be faster.

In this day and age, I will take any legal drag reduction in swimming races that I can get. Wouldn’t you?
Yours in swimming,

Courtesy of The Race Club, a SwimSwam partner.