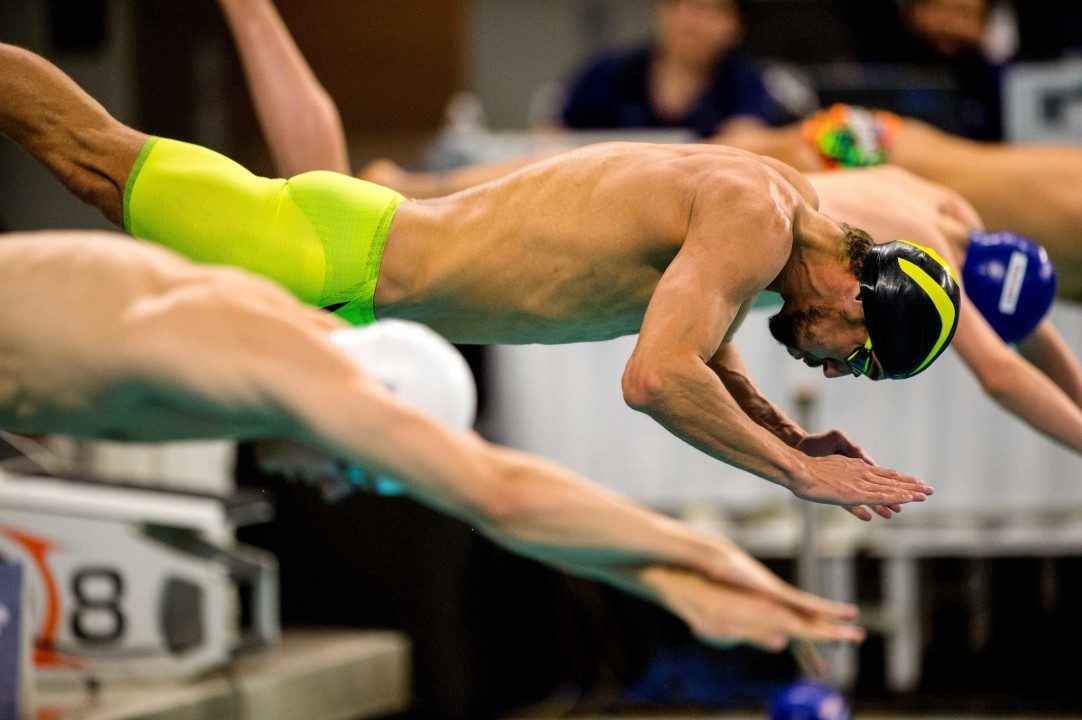 Spectators at the Arizona State University versus University of Arizona dual meet slated for Saturday, February 6th will be in for a special treat. Archive photo via Mike Lewis/Ola Vista Photography

Spectators at the Arizona State University versus University of Arizona dual meet slated for Saturday, February 6th will be in for a special treat. In addition to honoring the Sun Devil seniors, the Mona Plummer Aquatic Center will see several of the world’s most elite swimmers take to the pool during the meet.

ASU Head Coach Bob Bowman announced today that Olympians Michael Phelps and Allison Schmitt, along with other athletes in the professional training squad based in Tempe, are scheduled to swim in exhibition events at the 15 and 20 minutes breaks within the meet.

The opportunity to see the 22-time Olympic medalist do his thing in the water is another example of how 30-year-old Phelps has been becoming more involved with the university, his new training home since Bowman took the job in 2015.

In December, Bowman confirmed that Phelps is committed to being an assistant coach for the Arizona State Sun Devils for at least the 2016-2017 NCAA season.  And most recently, Phelps was an integral part of the school’s famed ‘Curtain of Distraction’ at ASU’s home basketball game against Oregon State.

The ‘Curtain of Distraction’ is a well-known diversion tactic by the Sun Devil fans situated along the baseline of the Wells Fargo Arena, whose goal is to distract the opposing free-throw shooters. To the crowd’s delight, Phelps showed up in a swim brief and cap, complete with a neckfull of gold medals.

“We’re definitely thrilled that Michael, Allison and others were willing to donate their time and show their talent in the pool,” said Bowman.

Admission to the meet is free and seating is on a first-come, first-served basis, so get there early to see all the action.  The ASU Seniors will also be honored at the meet, which include Sun Devil swimmers Hunter Atha, Thibaut Capitaine, Sean Kao, Kyle Sockwell, Juan Tolosa, Jamie Friderichs, Jennifer Morgan and Marian Spadoni.

With all the excitement surrounding getting the chance to see the greatest Olympian of all time, Bowman is sure to stress that “the big picture is our meet with U of A [is] highlighting our senior student-athletes and progressing from this meet into the championship season.”

Cool. I was going to be there anyway, but this is a great bonus. Love the idea as hopefully this will draw in more fans to the dual meet.

Any indication of who else will be exhibitioning and what events they’ll swim?