Niagara University Picks Up Versatile Keith Elgar for Class of 2025 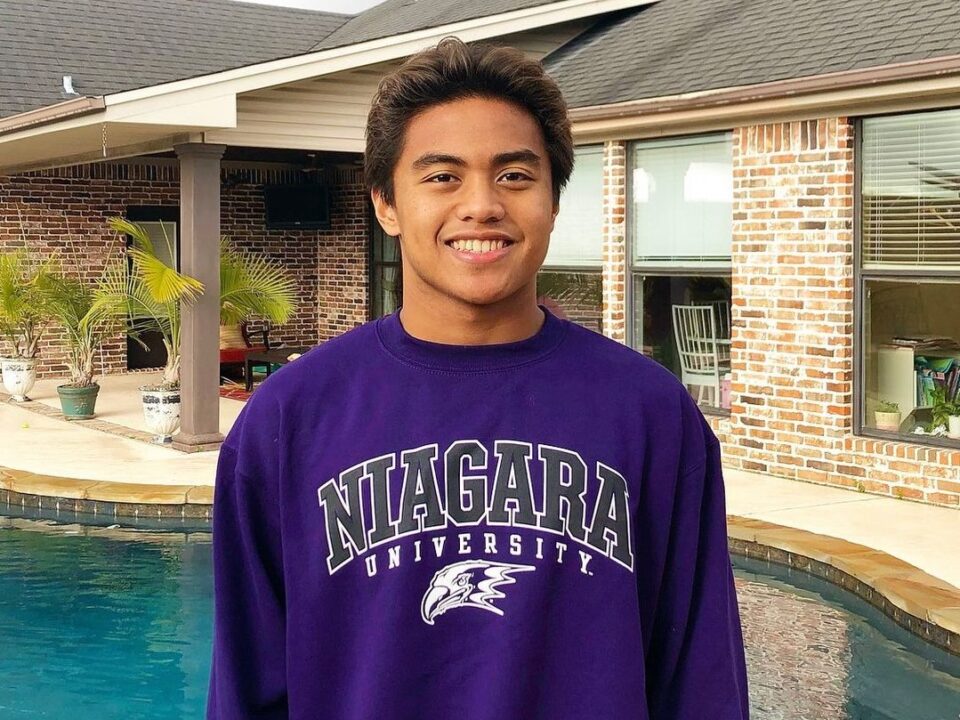 Keith Elgar will join the Purple Eagles in the fall of 2021, adding more depth to their already-strong breastroke and IM groups. Current photo via Keith Elgar

Keith Elgar, a current senior at Monsignor Kelly Catholic High School near the Houston, TX area has committed to swim up north at Niagara University in Niagara Falls, NY, right on the United States-Canadian border. He swims club for the Swim Houston Aquatics Center.

Elgar represented Monsignor Kelly at the TAPPS Division 1 State Championships this past February, composed of most of the larger private schools in Texas. There, he swam the 100 breast and 200 IM, finishing top eight in both events. He nabbed 5th in the 100 breast (1:02.26) and 7th in the 200 IM (2:09.47). Elgar was the only male qualifier from Monsignor Kelly, with his sister Kelsy Elgar the only qualifier on the women’s side.

This past season, he swam for SHAC at a local invite in November of 2020, where he popped a best time in the 200 breast by about a second. His previous best came from early 2019. At a similar meet just a month later, Elgar was just off his bests in both the 200 fly and the 100 breast, missing them by around a second, while in the 200 IM he narrowed that gap down to around half a second.

Elgar will join an underclassmen-heavy breaststroke group when he becomes a member of Niagara’s D1 mid-major program in the fall, with three current freshmen and a current sophomore leading the pack in the 100 breast with a series of 58s. The IM group tells a similar story, with two freshmen topping the team rankings this season with matching 1:56s.