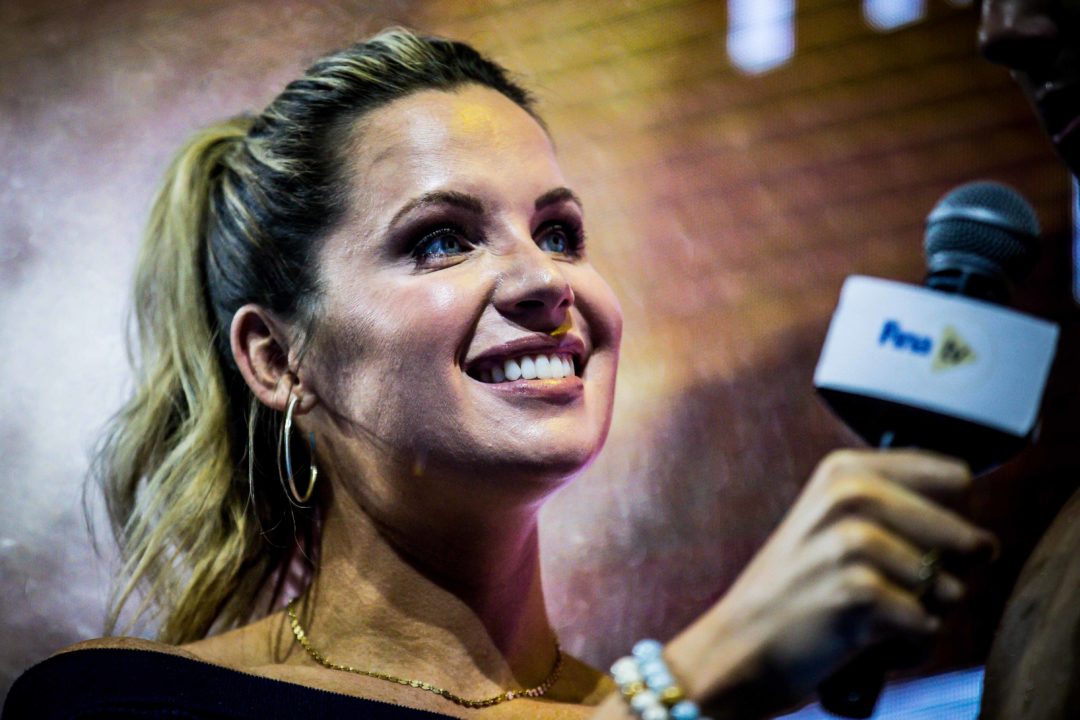 Two American Olympians will be in the spotlight in a place far away from an Olympic pool, but still in front of a major crowd. Archive photo via Jack Spitser/Spitser Photography

Two American Olympians will be in the spotlight in a place far away from an Olympic pool, but still in front of a major crowd.

Swimmers Kara Lynn Joyce and Kristy Kowal posted on social media that they recently were part of an episode of the immensely popular game show, The Price is Right. Airing on CBS every weekday at 11 am Eastern, the show is hosted by comedian/actor Drew Carey and features fun and crazy pricing games where those chosen to compete can win everything from frying pans to cars.

Posted on Kowal’s Instagram yesterday, April 27th: “Back in February @karalynnjoyce and I lived out our dream of being on The Price is Right! We made homemade shirts while watching the Super Bowl (a nod to our Olympic silver medals 🥈haha!)stood/sat in line for hours and hours, made new friends, chatted up Drew Carey, and watched the taping of the show. Tune in tomorrow on CBS to see if we get to COME ON DOWN!!🤩🤩🤩”

34-year-old Joyce swam for the University of Georgia and represented the United States across 3 Olympic Games: Athens 2004, Beijing 2008 and London 2012 and accumulated 4 silver medals as a member of medley and sprint free relays.

Kowal, now 41 years of age, was also a Georgia Bulldog on the collegiate level. She earned 200m breaststroke silver representing the U.S. at the 2000 Olympic Games in Sydney.

She did get picked, and only missed going to the showcase by one slot on the wheel

Did she set a record for most rotation of the wheel? That spin is pure lats baby!