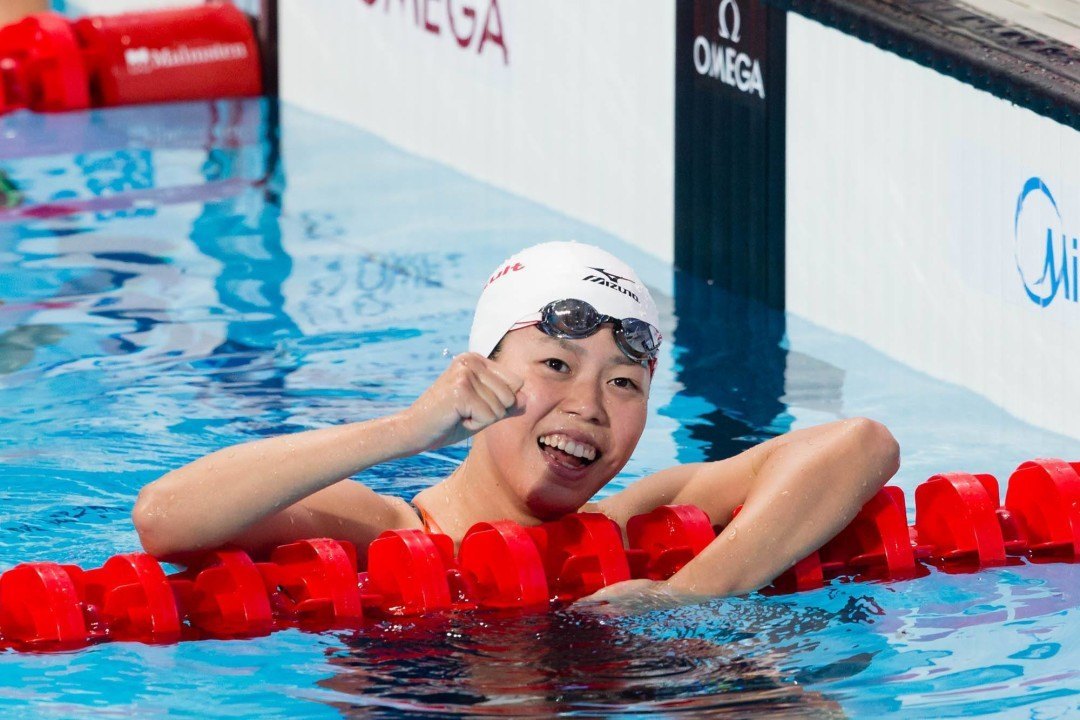 Two-time Olympic bronze medalist Natsumi Hoshi of Japan has confirmed her retirement from competitive swimming. Today at a press conference in Japan, the 26-year-old says she is ‘satisfied’ hanging up her goggles, while remaining in the sport in an assistant coaching role.

“The biggest [reason for retirement] is that I gave my all at the Rio Olympics,” Hoshi told the press in Tokyo today. “I watched my race a number of times, but I didn’t get the feeling of frustration like before. I gave everything I had and am satisfied.”

Hoshi first made history for her nation at the 2015 World Championships in Kazan. Prior to that meet, no Japanese woman had ever claimed a World Championship title in an individual event. However, Hoshi, an internationally experienced swimmer who had finished fourth in the 200 butterfly event in the past three world championships, broke through and earned her country’s first gold.

Hoshi kept that victory’s momentum in her veins, as she scored her 2nd consecutive Olympic bronze medal in the 200m butterfly event while competing in Rio. She finished in 3rd place behind winner Mireia Belmonte of Spain and Madeline Groves of Australia.

Adding to the significance of her international performances is the fact that Hoshi suffers from Grave’s disease, an immune system disorder that results in the overproduction of thyroid hormones (Mayo Clinic). The disease can render sufferers with anxiety, tremor, heart palpitations and heat sensitivity, among other symptoms. Hoshi had her thyroid gland surgically removed in November 2014.

Of her health’s impact on her career, however, Hoshi says, “I’ve had to deal with illness and surgery, but because I went through these things, I was able to genuinely think that I love to swim and that I want to return to the pool again,” she said. “A lot has happened, but to sum it up, I led a happy competitive career.”

Best of luck to her future endeavors! She has been amazingly inspirational to the international and Asian swimming community.

A great swimmer, with superb technique.

Next Olympics will be Tokyo2020, but she has been very honest with herself, about her motivations and what she did at Rio..

It takes the courageousness we’ve seen from Natsumi throughout her career to call it a day with a home Olympics on the horizon. This is the humility & level-headedness all international athletes should aim to reach.

Congratulations on a great career and good luck moving forward.