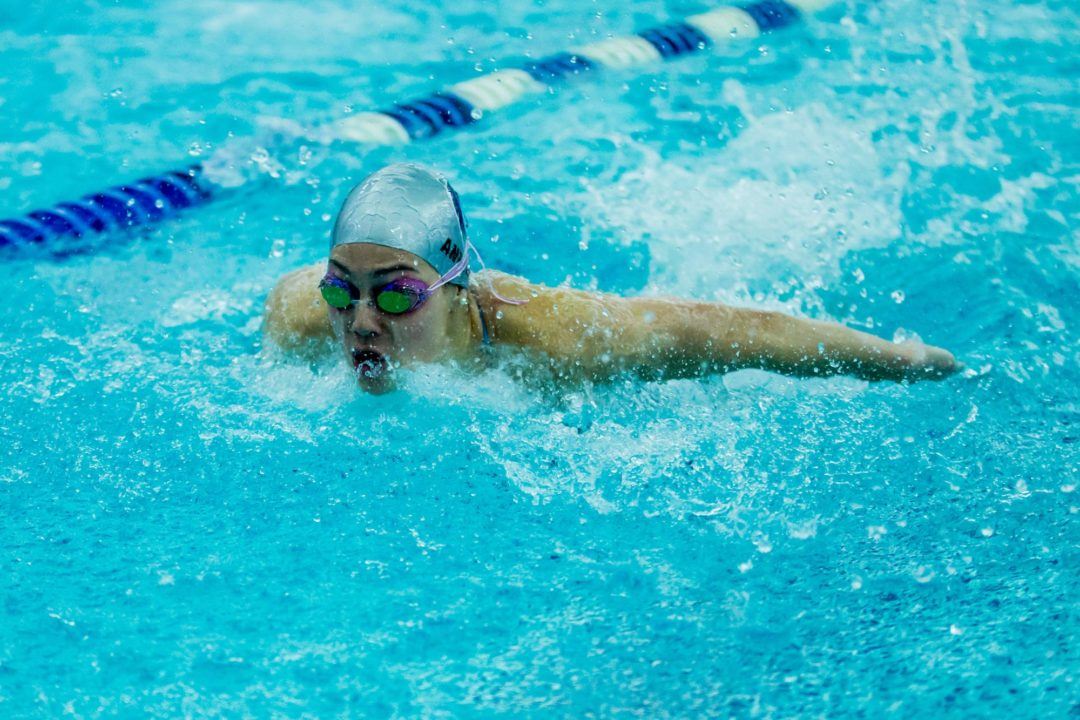 The Harvard women won 11 out of 15 events against Columbia on Saturday in their Ivy League opener. This pushes Harvard's lead in the series to 35-1. Stock photo via Mike McLaughlin, Columbia Athletics

In their Ivy League opener, the Harvard women traveled to New York City to take on Columbia, keeping the Lions from a 2-0 weekend.

Harvard won 11 out of 15 events at the meet, including a 1-2 sweep in six separate events. The Crimson has always performed well in the Ivy League relative to Columbia. At the most recent Ivy League Championships, which were held in 2020, the Harvard women placed second while the Columbia women placed sixth. From 2013-2019, Harvard won four Ivy titles.

Harvard’s win extends their wins against Columbia to 35-1.

Pasadyn, the reigning Ivy League champ in the 400 IM, won the event on Saturday in 4:19.19. That time, however, is only the second-fastest in the league. Princeton sophomore Ellie Marquardt currently has the fastest time at 4:17.16. Marquardt is traditionally a distance freestyler and didn’t swim the 400 IM at the 2020 League Championships, but her best 400 IM time is still slower than Pasadyn’s winning time in 2020.

Pasadyn also won the 200 backstroke in 1:59.81. She owns the fastest time in the League in that event from her 1:59.69 performance against Rutgers.

Senior Lawrence won both diving events, the 1- and 3-meter.

For the Lions, sophomore Allegra Walker led the team in points for the second consecutive meet. She won the 200 breaststroke in 2:21.22, though her 2:19.74 200 breast from the Friday meet against Cornell is the second-fastest in the League.

Callie Breiter also out-touched Harvard’s Erin Cavanagh by .07 to win the 500 free (5:01.31). She and Walker were part of an 11-person class that joined Columbia’s women’s team in 2020, and after her first race in the 500, Breiter has the sixth-fastest time in the League.

Finally, first-year Macy Pines qualified for NCAA Diving Zones in both diving events for the Lions.

Columbia will travel to Yale on Nov. 12. Harvard will return in a tri-meet with Cornell and Dartmouth on Nov. 13.