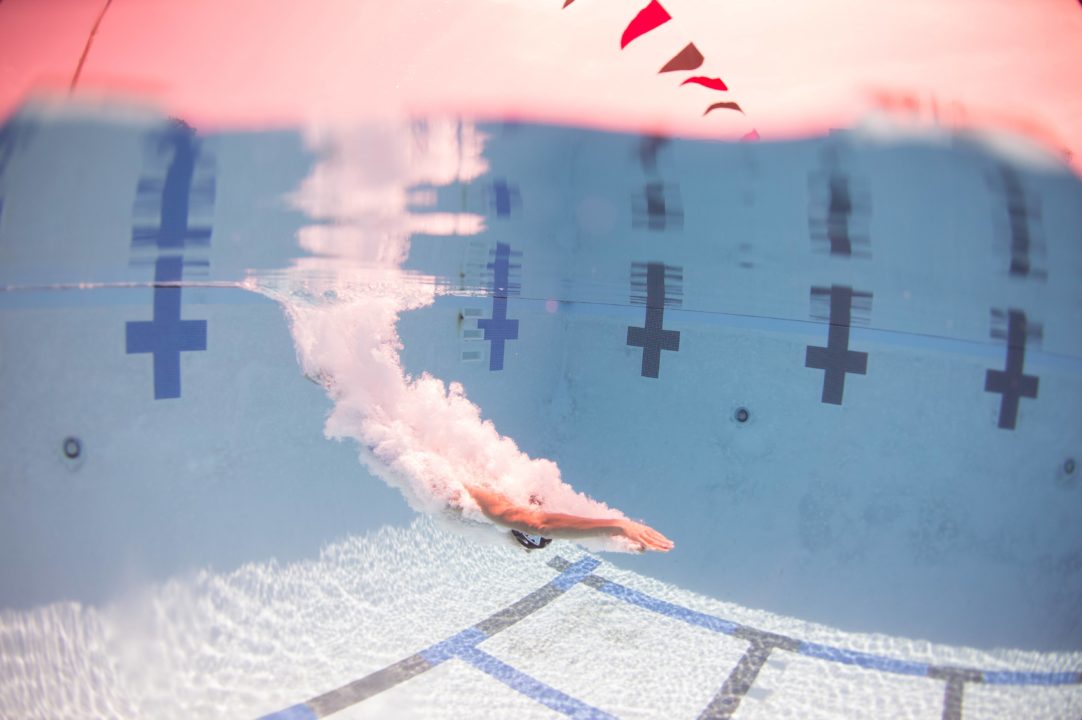 A Canadian swim club is suing the parents of one of its most successful swimmers, alleging the parents have skipped out on $4900 worth of volunteer work. Stock photo via Mike Lewis/Ola Vista Photography

A Canadian swim club is suing the parents of one of its most successful swimmers, alleging the parents have skipped out on $4900 worth of volunteer work. Filed in Yukon territory’s small claims court, the Whitehorse Glacier Bears Swim Club alleges that Adrian and Riana Robinson, parents of swimmer and multiple club record holder Adrian Robinson, monetarily owe the club for ‘ignoring fundraising and volunteer commitments’, as well as for the non-payment of a membership fee installment.

As outlined on the team’s website, parents of the club’s ‘Silvertip’ swimmers are required to work 10 club bingo games as a caller or banker, while also volunteering a minimum of 10 sessions at swim meets. An additional 45 hours of club volunteering is also expected. According to claims court documents, the Robinsons completed just 3 bingo commitments and none of the 45 volunteer hours. With the club valuing each missed volunteer hour at $40, each bingo commitment at $300 combined with the missing membership fee, the club says the family owes $4900.

CBC reports that the club filed its suit after learning that the Robinson family was moving to Africa. A recent email from Glacier Bear club president George Harvey to the Robinsons reportedly warned that the unpaid debt “may lead to Adrian not being able to swim in Canada, and potentially internationally.”

I’ve been waiting for this. Have been on 2 boards of swim clubs with parental commitments and it’s tough to get some families to follow through on what they signed up for. Bingo revenue, volunteering at swim meets, and other commitments are what help to keep the costs of swimming in check. I’ve seen where these funds easily generate half or more of a club’s revenue to pay for things like lane fees, insurance, coaching salaries, etc. If the club wins the suit, will there be others to follow?

How often some leave teams with unpaid coaching fees.

If it gets to the point where parents aren’t paying what they owe then their kids shouldn’t be on the club anymore. On our club we have dealt with really stingy parents who won’t volunteer and won’t pay the fine for not volunteering. We usually just shrug our shoulders and let it go, but if parents aren’t paying membership fees then they are gone.

It seems that the parents aren’t supporting their child

I’ll open by saying that if the parents signed on, they should fulfill their commitment, but that seems like an awfully large number of volunteer hours. Forty-five hours, plus, let’s say an hour each for bingo, plus 10 sessions at a meet, with sessions averaging four hours = 95 hours, at a minimum.

Nearly 100 hours of volunteering in even a year seems intense. If this is just for one season? Crazy.

I thought the same thing! Wow! That’s a ton of time!

I was a board member of my daughters club for years. 100 hours is nothing, lol! If we were hosting a meet we could easily put in that many hours in a month just getting ready.

Do you want your trophy now?
You aren’t understanding that not everyone can do what you are doing. Have some empathy.

I agree. I followed the link. We are very involved with our children’s swim team but the expectations for this team are much higher than what is expected at our team or any other team in our area. I do not know of a single team in our major metropolitan area that requires such a large time commitment or such a hefty fine if the commitment is not met. Perhaps this is the norm in that area but it is definitely not in ours.

Whitehorse is hardly a metropolitan area. Most recent data shows it has a population of just under 28,000, which is not surprising considering the remote location in the arctic

This club is in a remote area and probably has to supply 100% of officials at every meet. They also probably have few fund raising opportunities hence the bingo shifts as well.

At our club, every family is expected to raise money for the swim a thon, lottery calandar and work 1 to 20 sessions at meets throughout the year. That can work out to about 100 hours. I’m a senior official. I will work much more than that.

The amount of volunteer hours needs to be reasonable. 100 hours a year is excessive and unreasonable. Not everyone can volunteer that many hours, due to work, siblings, health issues, etc. I do not think they should be sued. The club does not understand the meaning of “volunteer”.

noun
1.
1.a person who voluntarily offers himself or herself for a service or undertaking.
2.
a person who performs a service willingly and without pay.

If people WANT to officiate 100 hours a year, great! If all others can do is time at a few meets, that is fine too. If others pay in full, but cannot volunteer because they have a baby at home or take care of elderly parents or are a single parent with multiple kids, that is OK!
The problem with excessive volunteer hour requirements is that it is not sustainable for some families. $40/hr charge for every hour of the 100 not met is also excessive.

100 hours in a year to support your child’s sport is not excessive. The alternative? Likely double the annual fees and quite a few more travel meets. It can easily take 40+ people to man a single swim meet shift. At a multi-day heats/finals meet, your are talking multiples of that. So what happens when there aren’t enough officials? This attitude of someone else can do it, isn’t fair to the other members of the club. Lots of Canadian clubs I know do have ways to handle volunteer commitments IF YOU actually ask. I know of parents who do baking as they can’t volunteer on deck. Others who do outside community fundraising, handle communications, etc. There are plenty of jobs… Read more »