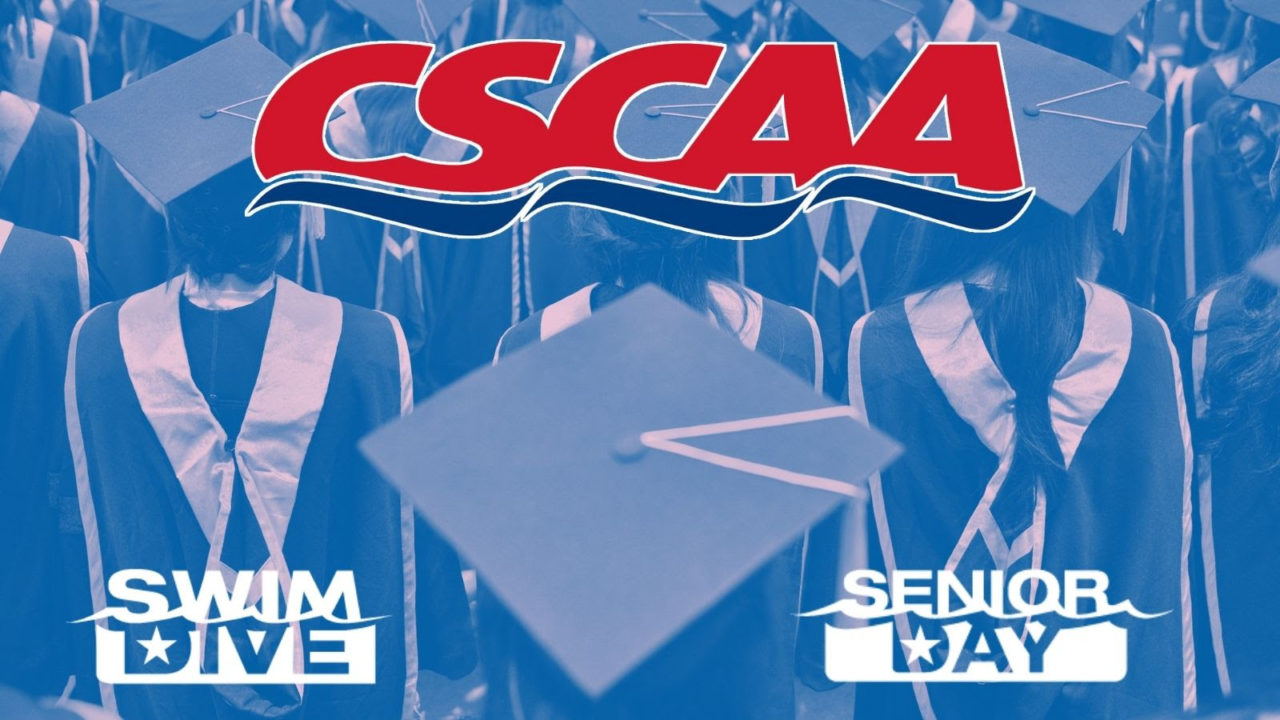 In addition to being recognized, seniors will also have the opportunity to share what their swimming and diving career has meant to them. Current photo via CSCAA

The College Swimming and Diving Coaches Association (CSCAA) will host a Virtual Senior Day to recognize 2021’s graduating seniors, the association announced in a release Monday.

Seniors will be recognized for their academic credentials and post-graduation plans, and will also have the opportunity to share what their swimming and diving career has meant to them through short videos and written comments.

The CSCAA is holding the event, which will recognize an estimated 4,000 seniors at the beginning of June prior to the U.S. Olympic Trials, due in part to the fact several graduating student-athletes saw their careers cut short because of the pandemic.

“The past year has taught us all to never again take anything for granted,” said CSCAA President Joe Dykstra. “So many of our seniors look forward to being recognized by their peers and parents and this, in a small way allows them to do that while also having the opportunity to recognize the impact the sport, their coach or their team has had on them.”

Though the NCAA and NAIA granted seniors an extra year of eligibility after COVID-19 derailed the end of the 2019-20 season, several won’t be using it, explains CSCAA Executive Director Greg Earhart.

Citing NCAA research, Earhart says that women’s swimmers and divers lead the nation with the highest Academic Progress Rate (APR) and Graduation Success Rate (GSR) among sports with 100 or more teams. Men’s teams aren’t far behind, ranking second behind tennis in APR and third behind tennis and golf in GSR.

Seniors expecting to graduate in 2021 should visit www.virtualseniorday.com and complete a questionnaire by May 15th.