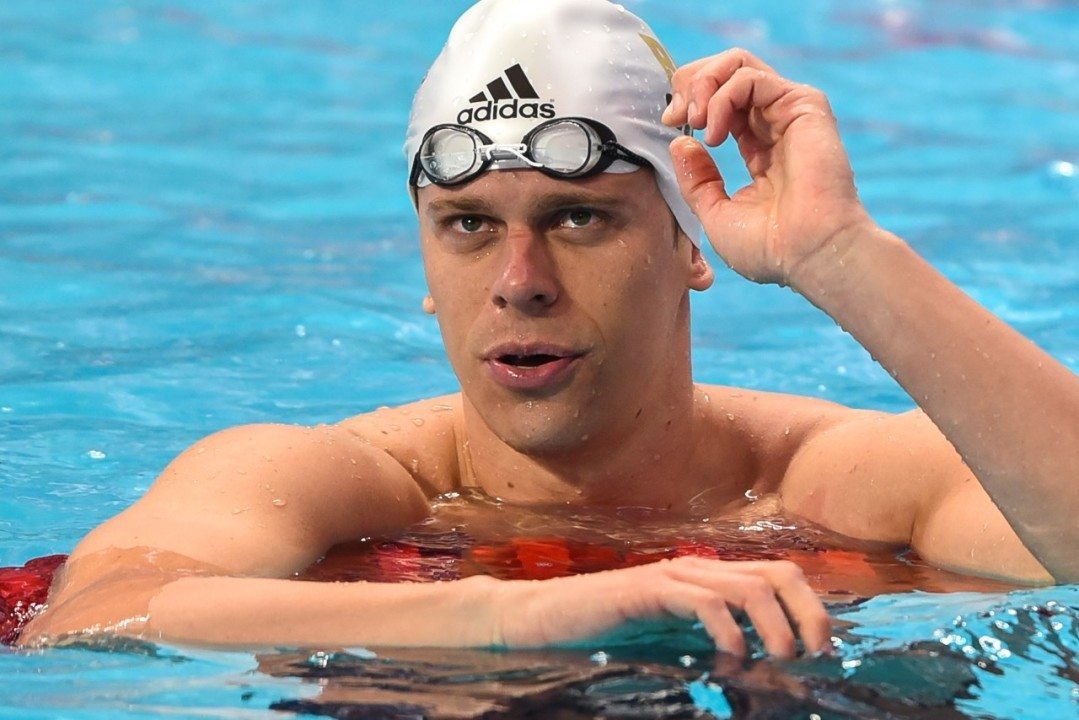 A potential future Olympic gold medalist was born this week. The son of Brazilian Olympic champion, Cesar Cielo, has officially entered the world.  Cielo and wife, Kelly Gisch, celebrated the birth of their son, Tomas on Wednesday, September 23rd in Sao Paulo, Brazil.

Additionally, SporTV commentator, Alex Pussieldi, spoke of the news during the Brazilian broadcast of the FINA World Cup in Hong Kong.

In baby name selection, Cielo reportedly eliminated any name associated with his in-pool rivals, including Bernard and Federick, referring to France’s Alain Bernard and Frederick Bousquet.  The two were high-profile rivals of Cielo at the 2009 and 2011 World Championships.

Cielo was seeking his fourth World Championship title in the men’s 50m freestyle in Kazan this past August, but ended up withdrawing from the meet due to a shoulder injury.

That’s wonderful! Congratulations to the lucky mom and dad! 🙂

I don’t know if his son will be a swimmer, but he will be probably very tall.Cielo wife is something near six-one feet.