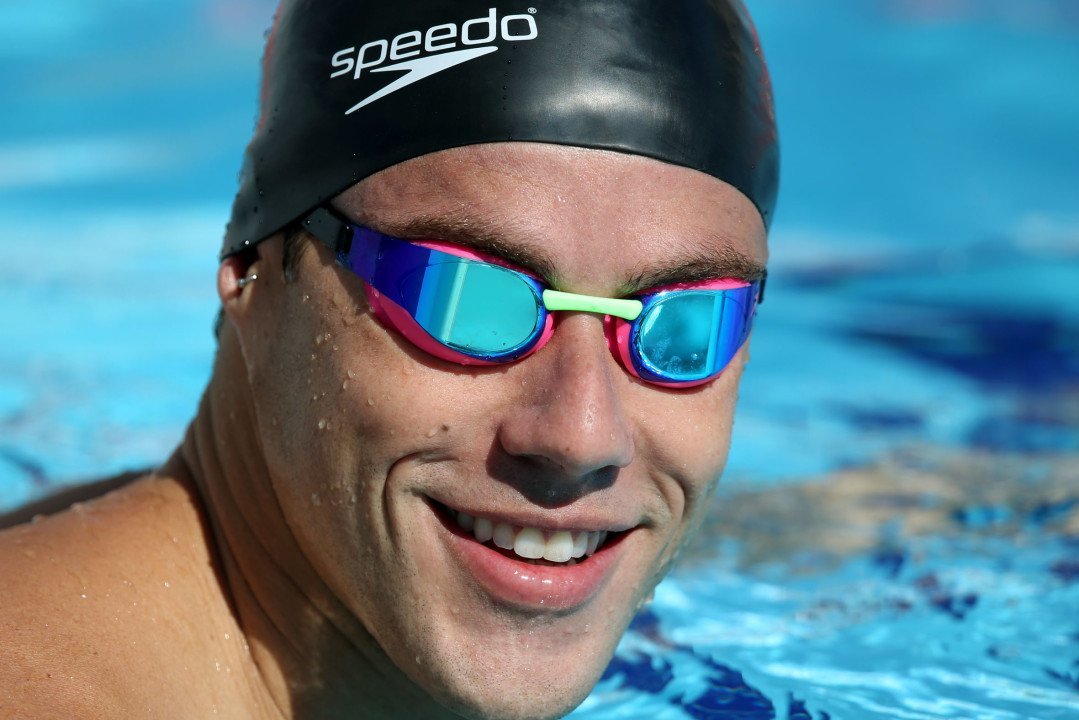 Brazil lit up the pool last night during the second finals session of the 2015 Pan American Games, highlighted by...

Brazil lit up the pool last night during the second finals session of the 2015 Pan American Games, highlighted by individual event wins by Joao De Lucca (200 free) and Thiago Simon (200 breast).  Both of these swimmers registered new Pan American records in their respective races as well.

But, another record was surpassed by a Brazilian swimmer last night as well, with Thiago Pereira becoming the most successful swimmer in the history of the Pan American Games, at least in terms of total medals.  As a member of the Brazilian gold medal-winning 4x200m freestyle relay and as a bronze medal winner of last night’s 200m breaststroke individual event,  Pereira claimed his overall 20th and 21st Pan American Games medals to take over the top spot on the list of swimmers having earned the most medals in the history of the competition.  He takes over the lead previously held by countryman, swimming legend and multi-Olympic medalist Gustavo Borges.

Pereira is now just one medal shy of overtaking Cuban gymnast, Erick Lopez, to be named the overall athlete to have earned the highest number of medals in Pan American Games history.  Pereira will have plenty of chances to make that happen, as the Brazilian has taken on a full program here in Toronto, with 7 events on the schedule.  In addition to events already named, Pereira will be contesting the 400 IM, 100 fly, 100 back, 200 IM and 4×100 medley relay. He was originally aiming for 8 events total, but has scratched the 100m breaststroke prelims for Thursday morning.

I Don´t think he actually scracthed 100 breast.. Felipe França/Silva were the ones to swim the event