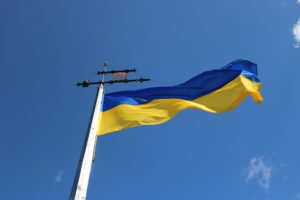 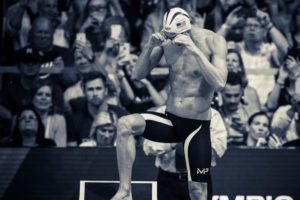 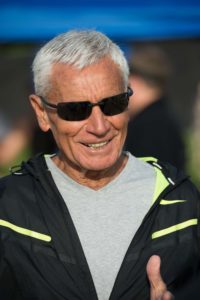 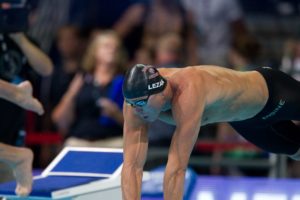 Below, we’ve looked at some of the most surprising US Open records in the books, and what they mean historically to the sport of swimming.

The International Swimming Hall of Fame today announced results of the International Selection Committee’s vote for the Class of 2014. Led by Australian swimmer Grant Hackett, this year’s class of 12, represents eight different nations.

After graduating from Saint Thomas, Malchow moved to Ann Arbor, Michigan in 1996 to attend the University of Michigan. Training under the tutelage of the legendary Jon Urbanchek proved to fruitful for Malchow; at Michigan he was a seven-time Big Ten champion, seven-time All American, 1997 Big Ten swimmer of the year, 1997 NCAA champion in the 200 fly and as part of the 800 free relay, and 1998 NCAA champion in the 200 fly. Urbanchek also christened Malchow with the less-than-fierce nickname “Puppy Chow” during his time in Ann Arbor.

The Minnesotan’s first taste of international success was in 1995 at the World University Games in Fukuoka, Japan where he was the gold medalist in the 200 fly. That same year he raced to a silver medal–also in the 200 fly–at the Pan Ams in Mar der Plata, Argentina.

When Malchow made the 1996 US Olympic team, he joined a long line of University of Michigan swimmers to compete in the Olympic games. That year alone, Malchow was one of eight Michigan swimmers competing for the United States as well as other countries. At the Atlanta Games, Malchow took home a silver in the 200 fly.

Malchow’s achievements as a 200 butterflier continued after the Atlanta Games; at the 1997 Pan Pacs in Fukuoka, Japan, he took home a silver in the event. He also showed that his speed as a freestyler had not abated when he took home a Pan Pacs gold medal as part of the 800 free relay. At the 1998 World Championships in Perth, Australia, Malchow earned a bronze medal in the 200 fly. Then, at the 1999 Pan Pacs in Sydney, Australia, he won two silver medals–one in the 200 fly and the other as part of the 800 free relay.

It would only make sense, then, that Malchow sought after the ultimate achievement in his favorite event, a gold medal in the 200 fly at the 2000 Olympic Games in Sydney. Malchow got his wish at the 2000 Olympics, winning the 200 fly in an Olympic record time. From June 17, 2000 to March 30, 2001 Malchow held the world record in his specialty.

By finishing second in the 200 fly at the 2004 Olympic Trials, Malchow made his third Olympic team. His leadership skills were honored when he was named as one of the team’s captains. However, Malchow did not repeat his gold medal performance from the 2000 Games, instead finishing 8th. Yet, this was an achievement in itself as Malchow had suffered through a rotator cuff injury just before the 2004 Olympic Trials.

Now retired, Malchow lives in Sammamish, Washington with his wife Christie and their two daughters. He works for Zimmer Northwest, an orthopedic distributor.