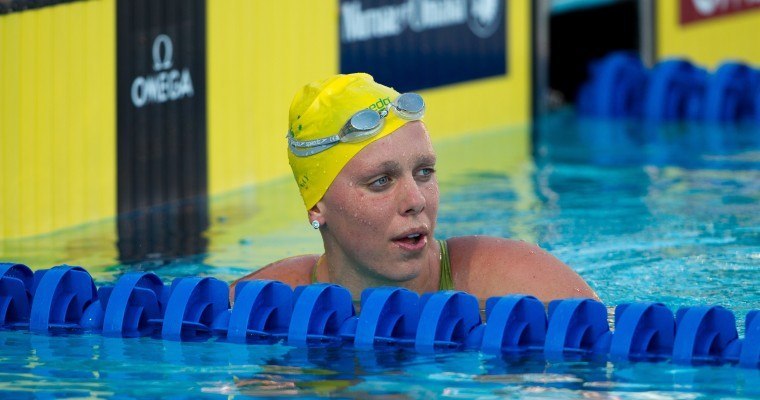 Australian backstroker, Meagen Nay, has announced she will be hanging up her goggles. Archive photo via Tim Binning/TheSwimPictures.com

Today Australian backstroker Meagen Nay took to Instagram to announce her retirement from the sport of swimming.  The 26-year old Gold Coast native trained at St. Peter’s Western Swimming Club under Michael Bohl and made her international debut for Team Australia back in 2004.

In the pool, Nay’s most notable achievement was winning the 200m backstroke at the 2010 Commonwealth Games in Delhi, setting a then-Games record of 2:07.56.  Nay most recently finished fifth in the same event at the 2012 Olympic Games in London.

Out of the pool, however, Nay has had her share of personal struggles, after first losing her dad, Robert Nay, in a car accident in 1992.  Tragedy struck a second time when Meagen’s brother, Amos, was killed in a car accident in 2009, at the time that Meagen was in Rome for that year’s World Championships.

In her own words, Nay gives credit to her coach, Bohl, and her mother for support and encouragement throughout her career.  She remarks, “We have been through some hard times in life and life is life – fight for it.”

So here goes; Today I’m officially announcing my retirement from competitive swimming. I’m not sure how to even say thank you to everyone who has been there through out my career. I fell in love with the sport at 12 and I was lucky enough it took me to Olympics, World championships and Commonwealth Games. Travelled the world and created some amazing friendships with people I’m truly thankful for. Huge thanks to my team mates, earlier coaches and competitors. You pushed me to my limits and beyond. To Bohly my coach, you have helped me more than you know, through the darkest days and to my greatest achievements in swimming. Thank you. To my family who have travelled everywhere to cheer me on and been there when I needed them the most. The greatest gift you gave me Mum was the unwavering belief in me, I can’t thank you enough for it. We have been through some hard times in life, and life is life fight for it. I’m beyond blessed. Once again Thank you and I look forward to this next chapter of my life. MN xxx ???

She certainly had her share of obstacles thrown in her path, both in her swimming career & in life. That she had the success that she enjoyed & the manner in which she did things do great credit to her as a competitor & as a person.

The very best wishes for her future.

I wish Meagen Nay the best of luck in the next phase of her life!