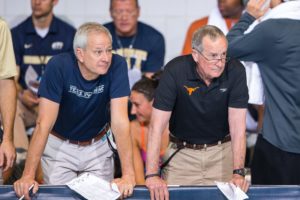 Nicolas Munoz
Nic Munoz was born Dec. 3, 1992 in Norway to parents, Rodolfo Munoz and Angela Duque. Although he was born in Norway, Munoz was raised in The Woodlands, Texas where he attended College Park High School. Last season Munoz qualified for his first NCAA Championship as a Longhorn, swimming the 1,650 and 500 freestyle events. Munoz is a bright student, having won multiple academic awards in high school, and is focused on Interdisciplinary Studies and Biology.

University of Texas
2011-2012
In his freshman season Munoz competed in the Big 12 Championships where he finished 10th in the 500 freestyle.

National Competition
Competing for The Woodlands Swim Team for 13 years, Munoz made All-State his senior year in the 500 freestyle and the 400 medley relay.