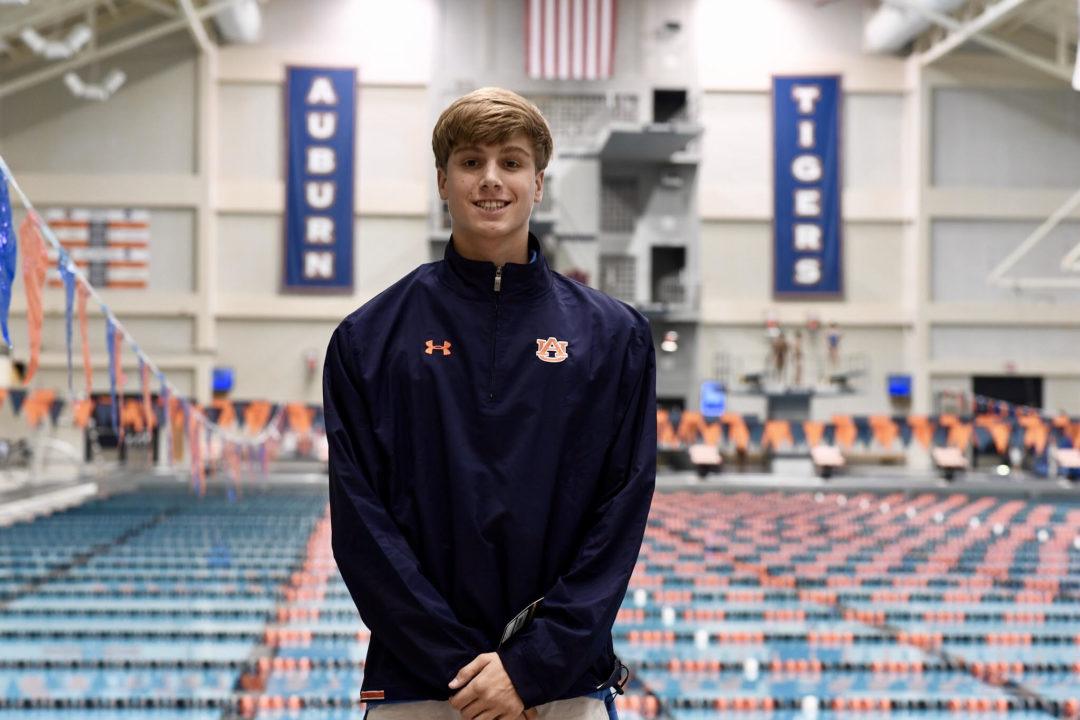 Davis Edwards a USA Swimming Scholastic All-American from New Orleans, Louisiana, has given his verbal commitment to swim for the Auburn Tigers in the fall of 2019. That will put him in the class of 2023 with fellow commits Aidan Stoffle, Christian Sztolcman, Daniel Berlitz, Grady Wheeler, Jack Armstrong, Lleyton Smith, and Niklas Eberly. Edwards is a senior at Jesuit High School in New Orleans and swims year-round at Nu Wave Swim Club under head coach Ross Hedrick.

Edwards showed his versatility by finishing the 2018 LCM season with the #11 IMX score among 17-year-old boys; he had the #5 score among 16-year-old boys for the 2017 LCM season. He was the 2016-17 Louisiana Senior Male Swimmer of the Year and attended 2017 National Select Camp. Edwards is the Louisiana State Record-holder in 15-16 200M back.