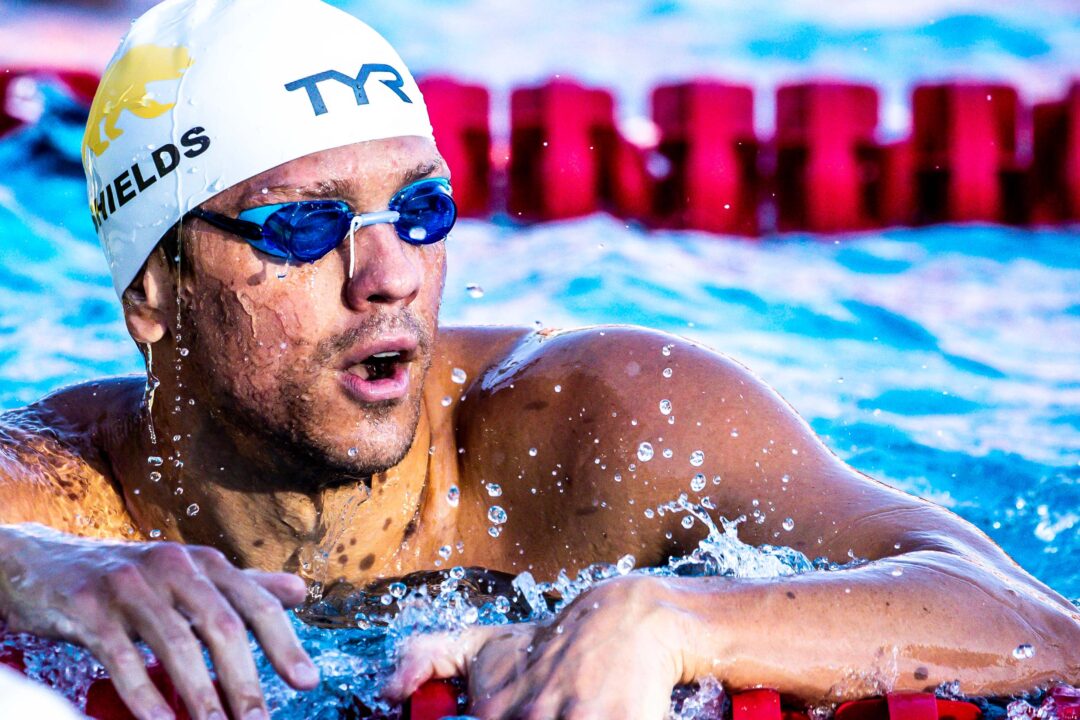 Shields discusses late payments from FINA and ISL, racing for 6 months straight, and being on government assistance leading up to the 2021 Olympic Trials Current photo via Jack Spitser/Spitser Photography

Tom Shields has been one of the top performers in the International Swimming League (ISL) since its inception in 2019, and he’s also been at the forefront of leading the athletes in having a voice to ensure they’re treated fairly as professionals.

Shields, who is one of six athlete board members of the International Swimmers’ Alliance (ISA), recently sat down on the SwimSwam Podcast to discuss the realities he’s faced as a pro swimmer, along with the ISL and the issues that the league has faced over the last two years.

The two-time Olympic gold medalist revealed that the ISA currently has a no-walkout clause in the athlete agreements for the ISL, preventing the swimmers from sitting out of competition (AKA “boycotting”). Shields said this was something he was against, but was overruled by the ISA Board.

The no-walkout clause issue stems back to last season when it was revealed that certain swimmers on the London Roar were considering boycotting the ISL playoffs if they weren’t paid in full from Season 2.

While no one ended up sitting out and all payments were reportedly made, the financial viability of the league has constantly been a hot topic due to the ongoing late payments. Shields defended the ISL on the front, claiming that FINA is also consistently late to pay the athletes.

The 30-year-old Shields also spoke about how he had to go on government assistance during the COVID-19 pandemic before earning $200K in prize money once the ISL started up again in late 2020.

Where he lives the rent is high than the national average.. So, if you are not making that kind of money like the 200,000, you probably would get government assistance if you qualify;

Don’t know why but Tom Shields kinda sounds similar to Will Arnett whenever he talks.

Interesting life to live. 200K is certainly a good chunk of change, but not really if you consider the hours spent and effort going into making that much money. I’m curious what the realistic amount of money he ends up earning from sponsors (TYR, etc) breaks down to be? At the end of the day it’s hard for even an elite swimmer to gain a large audience and “brand” when the sport has only so much mainstream appeal.

What foreign male swimmer has come to USA and then medaled at the Olympics in an individual event in the last 3 Olympics? Most studs stay away for whatever reason.

schooling. fratus. cielo. that’s all I could find… so not that many, but more than the other way around

True..schooling grew up in us system before college. Where did Bruno go to college?

Aubock very nearly did, was 4th and then won World Champs this year.

Amaury Leveaux is another.

Many have come close. It’s also a good time to remind ppl that any medal in an individual event is an accomplishment, not just gold.
Of which only 3 are given out pet individual event. So even finaling means you are top 8 in the world.

I said Medal, not gold only! I am 100% agree that any medal is HUGE! Who medaled that came from another country. Morozov grew up in USA. None of the others medaled I don’t think.
Braden and others talk like NCAA is “the way” to be your best. I would argue staying in home country is a better route! Aussies, Brits, Russians (except those who grew up in USA), Japanese, Chinese, Italian have all had huge success at Olympic level without NCAA system!

That’s what I like about the ISL. it gives a paycheck to swimmers who don’t have millions of dollars from contracts.

Agree, we should still be in lockdown and the government should have kept on sending us stimulus checks until it is safe outside (no more COVID).

That would be never lol

Step outside and go back to work. Seriously, look where that got us.

Is it just me or does big Tommy sound a bit like Will Arnett?

I literally just said this below before reading this. I’m glad I’m not alone on this.

While Tom Shields has had more than his fair share of difficulties in life, both personal and professional, he has always be “a survivor” – in the best sense of that word! His exceptional swimming career is an enduring reminder that elite athletes can continue to perform at the highest levels well into their 30’s. Finally, his frankness on various issues is something which I find quite refreshing!

tom shields is 30 years old, so his case is a strange one to use as “an enduring reminder that elite athletes can continue to perform at the highest levels well into their 30’s”