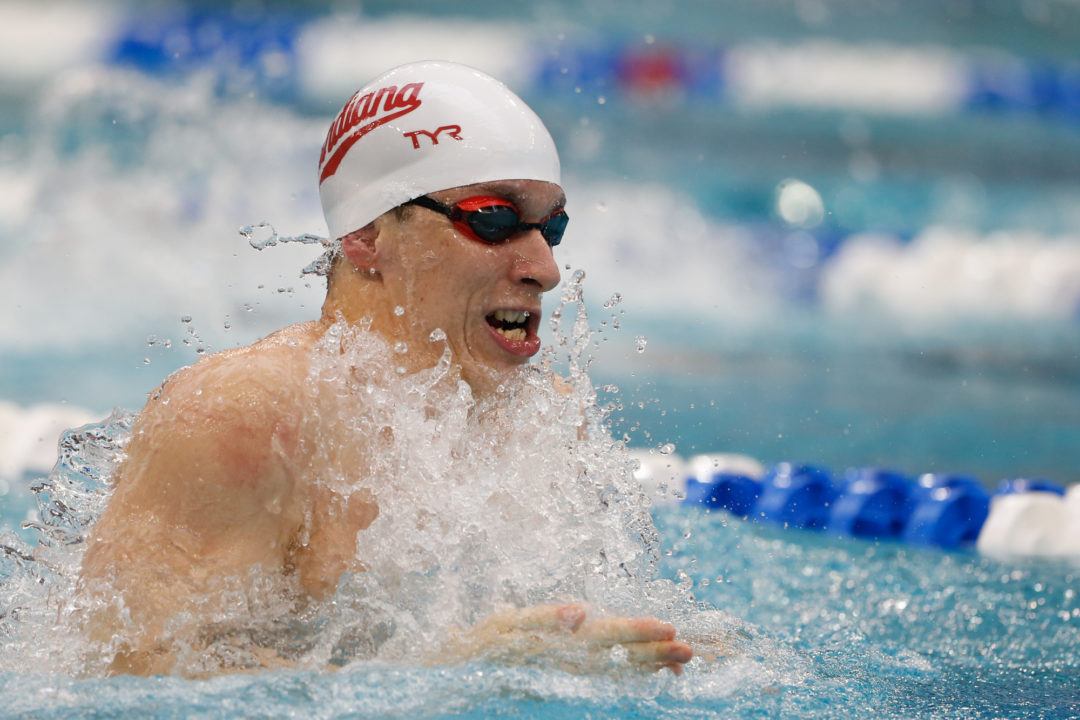 There aren't a whole lot of surprises in the starting SwimSquad lineups in Indy, but a few of the trailing teams have made some Hail-Mary type selections looking to spark a big second-half comeback. Archive photo via Tim Binning/TheSwimPictures.com

There aren’t a whole lot of surprises in the starting SwimSquad lineups in Indy, but a few of the trailing teams have made some Hail-Mary type selections looking to spark a big second-half comeback.

Notably, infamous breaststroke-hoarder Jason Lezak will leave U.S. Olympians Kevin Cordes and Cody Miller on his bench, opting instead for NCAA breakout star Ian Finnerty, who will be swimming not far from his home training base at Indiana University. Cordes and Miller haven’t been huge scorers on the tour yet (Cordes scored 4 points in Atlanta, Miller 3 in Mesa), but are at this point much more accomplished in long course than Finnerty. But coming off the first-ever 49-second 100 yard swim in March, Finnerty isn’t a bad pick as a homerun swing for Lezak, who needs to make up about 60 points on the leader.

Natalie Coughlin shuffled her lineup a little, essentially electing to use Hali Flickinger as her flex play instead of Bethany Galat. We had projected Galat with Flickinger starting as a one-event flyer, but Coughlin went with Tom Shields in the fly role and Flickinger as a flex play.

A few other changes from our projections (which you can see here):

#KrayzelburgSquad leading the way through night 1, collecting points for @katieledecky's big win. Check out the rest of the #USASwimSquads lineup ? pic.twitter.com/xQzEHlYKzt

And then he went slower than Lilly King?

That 2:30 won’t score many points for team Lezak