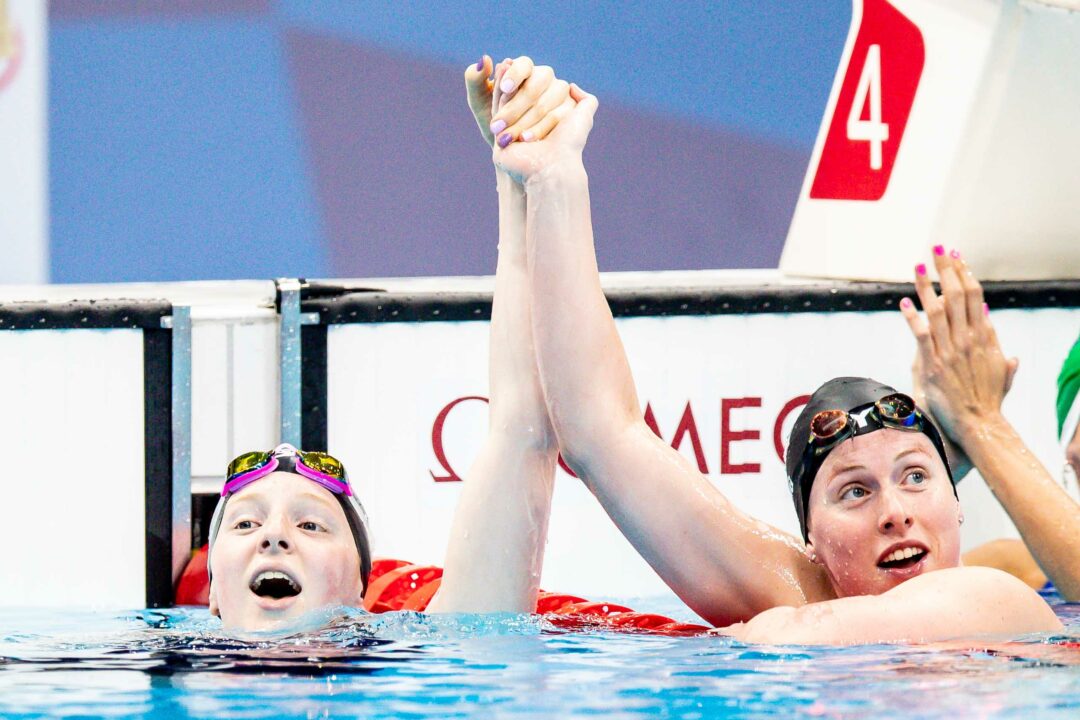 Just like the 200 breaststroke, the 100 breaststroke A final should look slightly different this year as two of the nine A finalists from last year’s Olympic Trials have since retired.

Lilly King is the world record holder in the event after going a 1:04.13 at Worlds back in 2017. Since then, King has been consistently at the top in this event. Although she may not have won gold in the event at the Olympics this past year, she has not lost the event since. During the ISL season, she was a perfect seven for seven wins in the SCM version of the event. She has continued that trend into the Pro Swim Series stops winning the event in both Westmont and San Antonio. Her time of 1:05.32 from San Antonio sits at #2 in the World this year.

Lydia Jacoby swam to a gold medal in the event at the 2020 Tokyo Olympics with a time of 1:04.95. She competed at Pro Swim in Westmont in March where she finished third behind King and Annie Lazor in the 100. Jacoby touched in a 1:06.87. Jacoby was slated to swim the SCM version of the event at World Championships in December, but was sent into COVID-19 protocols.

Kaitlyn Dobler was this year’s NCAA champion in the yards version of the event as she swam a 56.93 to become the sixth woman under 57 seconds ever. Prior to this season, her best yards time was a 57.46. At last year’s trials, she was fifth in a 1:06.29 so if she is able to translate that half of a second yards time drop into a LCM time drop, she is a potential contender here.

Emily Escobedo was 8th at last year’s Trials in this event. In addition to her win in the 200 SCM breaststroke at Worlds in December, she was also fourth in the 100 breaststroke with a best time of 1:04.81. If she is able to have the same success in the long course pool here, she could be a solid contender

Piper Enge has been on an enormous improvement curve. Last April she was a 1:13.78 in the event but has dropped to a 1:08.12 finishing fourth at San Antonio’s Pro Swim stop. She swam at the World Cups for Team USA so she has big meet experience despite not swimming at last year’s Olympic Trials.

Hannah Bach swam well for Ohio State this year in the NCAA season. She was sixth at NCAAs in the yards version of the event, going a 57.32 which also was a best time. She finished 14th in the event last year at Trials with a 1:08.62 but was a 1:07.89 in prelims.

Alex Walsh didn’t swim this event at last year’s Trials or the SCY version of the event at NCAAs, but it is one of her three event entries here. She’s the 13th seed with a 1:09.17. She won the 200 SCY breaststroke at ACCs this year in a 2:03.02 which may help her on the back end of this event especially with the endurance.

Darkhorse: Lucy Thomas is #3 in the 15-15 age group in the SCY version of the event. She is the 12th seed here. She dropped time at NCSAs in March in the 100 SCY breaststroke so if she is able to replicate that drop in the LCM pool here she has a solid shot to contend.

Dobler has beat Elendt at last NCAAs. The German has swum just after that meet 1.05.58 in long course. So if Dobler can translate her SCY progression into the adults’ pool as well as Elendt then she will go under 1.05 mid.
Probably 4 girls for 2 spots with King, Jacoby, Dobler and Lazor. Huge US level as usual in that event. And the next big pretender is already known with Piper Henge. The new Jacoby in 2024?

Dobler and King will grab the spots.

It’s interesting that in the 100 breaststroke, we only have 5 or so swimmers within 3 seconds of the WR. Three seconds in a 100 is significant. Even with the lack of depth in the women’s 100 free, we have several women under 54.7.

The women’s 100 breast is historically one of the best events for US swimming.
We often have 3 or 4 Americans in the world top 10 each year and Americans representing the US at worlds or olympics often win 2 medals and often the gold. Which is far from being the case in the 100 free, to say the least.

Alex Walsh won’t make the team in the 100 breast but she will make the final and probably place 4th-6th.

I hate to say it, but I don’t see Jacoby making the team this year in the 100. She seems to really be the type of swimmer who’s main focus will be 2024 Olympics, and with that being said, I think she’s going to probably be not as fast as she was last year. Her SC success this season, not being able to win individual gold (after being Olympic champ in the 100 BR) at World Cup, and recently only being 1:06 high a month and a half out. I think she could very well prove me wrong by a lot, but I’m not sure if this year she’s going to be able to pass Lazor or King. I think… Read more »

What is this an essay? Stop making accusations like that. Lydia is 1:04.9 and can easily make the team.

Accusation is a pretty strong word.

Is it not obvious her breastroke is much more geared towards LC than SC? Look at how she always makes huge strides on the field in the 2nd 50.

that is a bit overkill, I agree that there is no way she beats Lilly again but I think she looks in great position to grab the second spot

Pilato has the 50 WR, not King