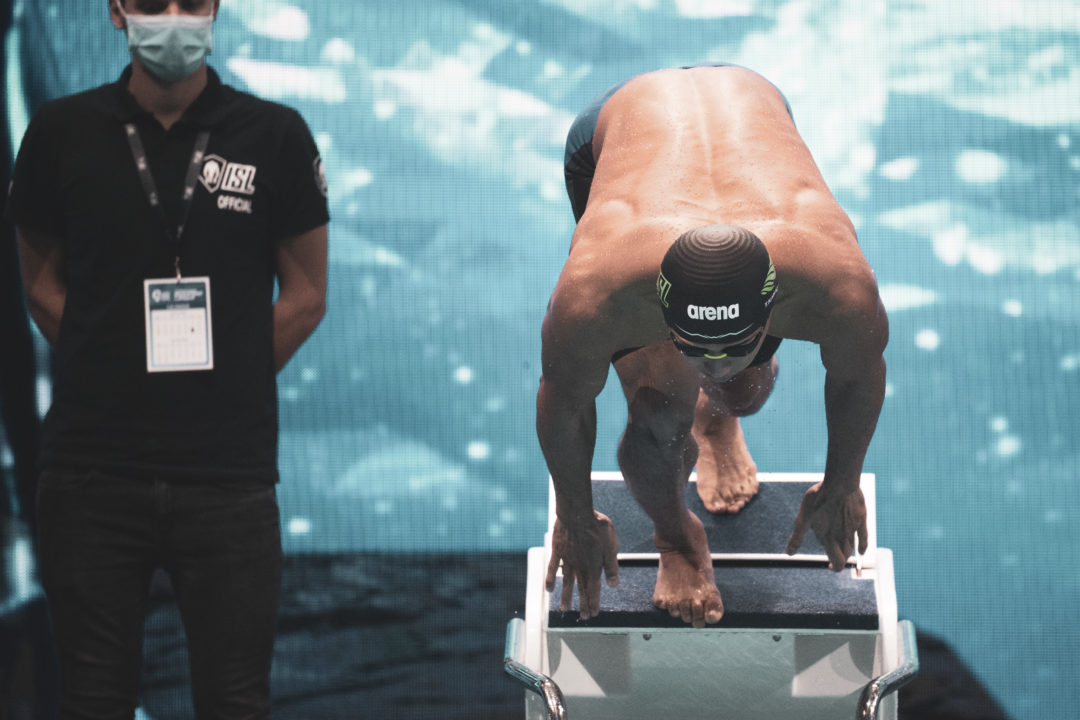 The men's 50m butterfly saw its national record go down at the hands of Takeshi Kawamoto on this last day of competition at the Japanese Olympic Trials. Archive photo via Mike Lewis/Ola Vista Photography

Although a non-Olympic event, the men’s 50m butterfly saw its national record go down at the hands of Takeshi Kawamoto on this last day of competition at the Japanese Olympic Trials.

After posting a morning effort of 23.45 to rank as the #2 swimmer out of the heats, 26-year-old Kawamoto cranked out a result of 23.17 to shave .10 off of the national record and stand atop the podium.

This marks the man’s second national record at this competition, with Kawamoto already matching the 100 fly Japanese standard of 51.00 in the semi-finals of that event. He would go on to qualify for the Olympic Games with a final time of 51.25 for 1fly silver.

Kawamoto’s 23.17 edges him up the list of all-time performers to move just outside the top 30 ever, although he is now Asia’s 2nd fastest performer. His time tonight sits only behind Singaporean Olympic champion Joseph Schooling and his 22.93 Asian record.