Federica Pellegrini Signs with ISL, Will Be Captain of Italian Club 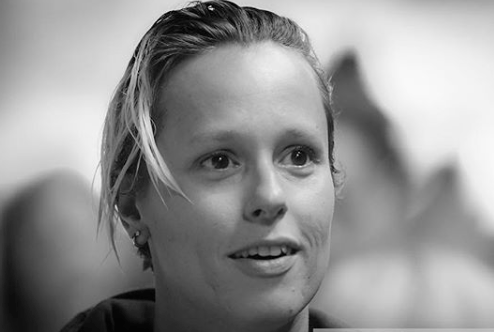 Over the weekend at an event in Milan, Pellegrini and Konstantin Grigorishin, the head of the ISL and of Energy Standard Group, made the announcement in a presentation to Italian journalists and media representatives. Archive photo via Fabio Cetti - KCS Media srl - www.facebook.com/kcsmediasrls

As the International Swimming League continues to build out much of its structure, world record holder Federica Pellegrini has been announced as a new ISL Global Ambassador.

Over the weekend at an event in Milan, Pellegrini and Konstantin Grigorishin, the head of the ISL and of Energy Standard Group, made the announcement in a presentation to Italian journalists and media representatives. In addition to Pellegrini being named a Global Ambassador, she’s now signed a contract with the ISL and will be a captain for the Italy-based club that will be part of the ISL.

“I am happy that I can contribute to bringing swimming to another level, first as an athlete, then in other roles that I don’t know yet,” said Pellegrini, at the presentation in Milan.

Pellegrini has attended the last four Olympic Games, though her time racing competitively may well be coming to a close following her intended dedication to Tokyo 2020, alluded to by her reference above to ‘other roles’ in which she can contribute to the sport of swimming.

“This arm wrestling,” she later explained, “…makes no sense and I’m sure there will be an agreement to satisfy all the parties involved. On the other hand, how could the Olympics be done without the elite athletes? ”

Finally, Italy was announced as a planned stop for the ISL series, expected to run some time in fall of 2019 after the Pan American Games in Lima. Per SwimSwam’s article a month ago, the dates for the regular season have been described as ‘tentative,’ but were also described as ‘likely to happen.’ Meanwhile, there will be a tournament planned for Las Vegas from December 17-22, 2019, where the top 4 European teams and the top 4 American teams will square off in an eight-team bracket in a series of short course dual meets.

While many hard details have yet to come out of the woodwork, this marks the public announcement for the third club to join the ISL, following the already-formed Energy Standard club and the recently-announced ONEFlow Aquatic, the latter of which is intended to be the Germany-based club. After a summit in London last month, 12 clubs were proposed to form the ISL, 6 in Europe and 6 in the United States.

The host city for the Italian club has yet to be announced. The ISL says that press meetings like the one in Italy are planned in every country in which the ISL plans to organize its matches, in order to present details and answer questions first-hand about this sprawling project.