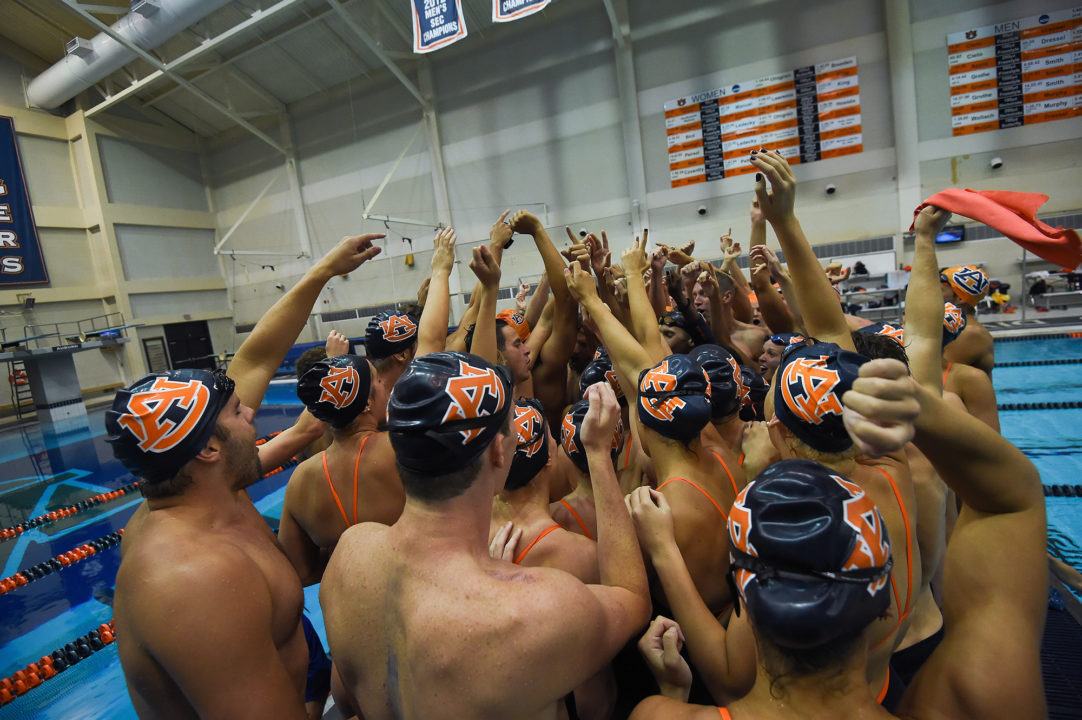 Simpson joins Auburn from the University of South Carolina, where he spent the past three seasons as an assistant coach. Before that, Simpson served as the head coach at Gardner-Webb University for 19 years.

During his tenure at South Carolina, Simpson helped coach 4 individual conference champions and 17 All-Americans. Simpson’s resume at Gardner Webb is even more extensive, with an additional 96 swimmers awarded all-conference honors under his program and 26 swimmers invited to the CSCAA National Invitational meet. The Gardner-Webb women’s program won 4 consecutive NEC Championships under Simmons’s lead from 2003 to 2007, earning NEC coach of the year accolades for all 4 seasons.

Simpson has also had substantial success at the National level, having coached Gardner-Webb’s first male NCAA qualifier Nathan Lile in 2016. At the NCAA championships, Lile earned the NCAA Elite 90 award for having the highest cumulative GPA among athletes competing at the meet.

In the Auburn press release, Simpson noted his connection to the team, having coached at Auburn Swim Camps for several summers. “After spending 12 summers doing Auburn swim camps years ago and falling in love with Auburn, I cannot believe I get a chance to be a part of the Auburn program,” Simpson said. Also, my wife swam for the Tigers her freshman year and loved it. We are incredibly excited to be a part of the Auburn Family, and that’s what is so appealing about living on the Plains. It’s family.”

“I cannot wait to get to Auburn and help Ryan and the incredible staff he has put together to impact the swim team and community.”

“The entirety of our staff is excited to welcome Mike and Kathi officially into the Auburn Swimming & Diving Family,” Head coach Wochomurka said. “Mike’s experience at all levels of the sport from the club level to SEC to head coaching experience will be of immense value not only to our student-athletes but to our staff and support staff as well.”

“Mike has incredible swimming knowledge, but his ability to guide and shape young people into champions for life and provide a transformational Auburn experience is precisely what we needed in completing our coaching staff. I am personally very grateful for the opportunity and excited to work with Mike in building great Auburn Men and Women.”

Best wishes to Mike and a great hire for Ryan!