Things We are Thankful For: Katie Ledecky Stats 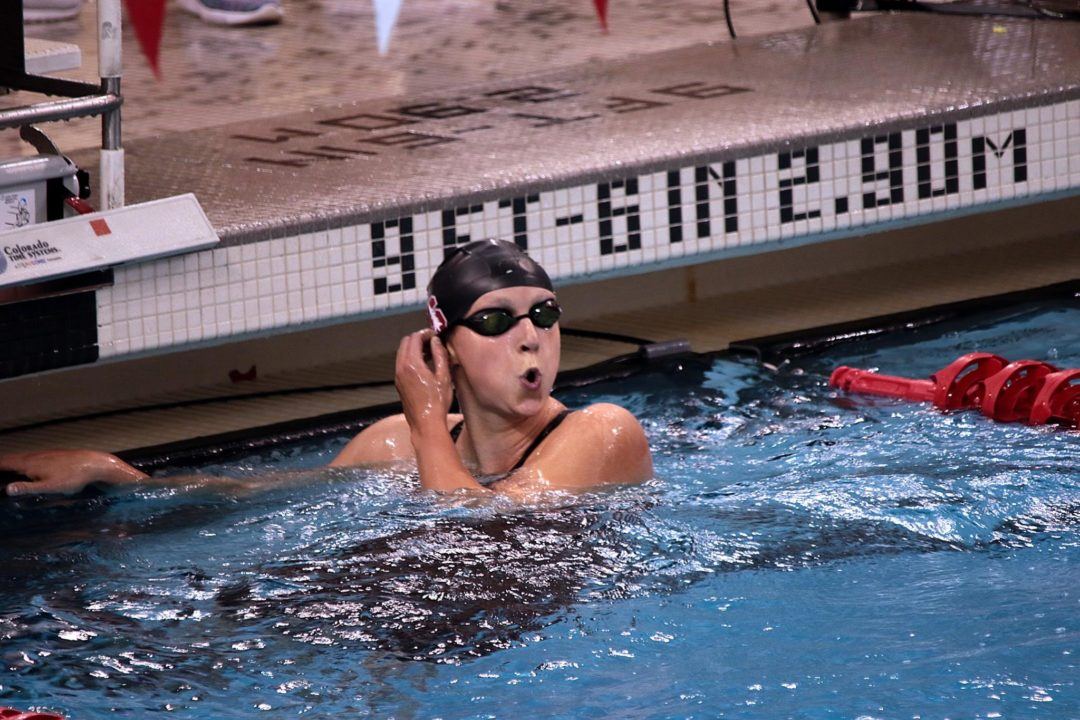 Wooo! That's a fast swim. One of the best parts of our job, though, is dissecting JUST how fast Katie Ledecky is. Archive photo via Andrew Peppercorn

But even more than that, we love writing about Katie Ledecky‘s swims. She sometimes makes our lives too easy. That’s because her swims are so good, so dominant, so disparate in quality from anything we’ve seen in at least a generation, and probably longer, that the stats just flow out of the calculators. There’s no hunting for a storyline – it’s a king’s ransom of storylines to follow.

And on this Thanksgiving morning, I received an email from one of SwimSwam’s resident stat super-nerds, Barry Revzin, dissecting a new angle of her latest super feat, a 15:03.92 in the 1650 free.

Among all of the NCAA Records on the books, Ledecky’s swim is the only record whose average pace is an NCAA A cut for a shorter distance. In other words, her average 500 yards of the 1650 swim comes out to a 4:33.9, which is .9% better than the NCAA A cut in a standalone 500 yard free.

It’s always Ledecky or Hosszu, the world’s two best female swimmers at the moment. Also, Ledecky’s mile record is the furthest on the books below the current A cut (5.2% under). Next is Dressel’s 50 (4.7% under).

Olsswim – this isn’t based on splitting, it’s based on “average pace.” So Missy’s average pace on the 200 free was a 49.55. For Ledecky, she basically showed that she could’ve swum the “A” cut in the 500 free three consecutive times with no rest on a turn.

Ah, my mistake. Thanks

It wasn’t explained what criteria were used by Baden Keith when he called Hosszu the best female swimmer of the moment. Her achievements this year are not even close to one’s of Cate Campbell, Katie Ledecky and Sarah Sjostrom (listed alphabetically). Their world records are monumental. The three Olympic gold medals of Hosszu are pretty much a matter of luck and weak field. Times shown at those races were not impressive.