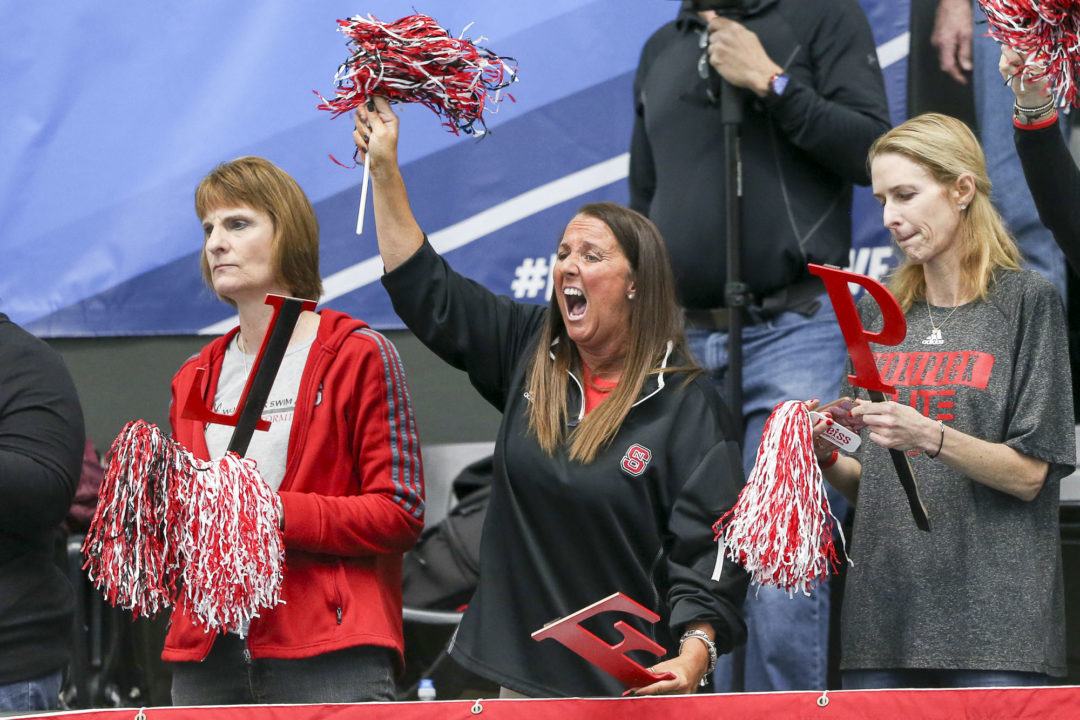 Mack is a key pickup for NC State, a pure sprint freestyler with impactful talent across every other stroke/discipline but breaststroke.  Archive photo via Tim Binning/TheSwimPictures.com

Mack is a key pickup for NC State, a pure sprint freestyler with impactful talent across every other stroke/discipline but breaststroke.

For how strong of a sprint freestyler she is, Mack is also a valuable backstroker and IM’er and a strong 100 butterflier, too. A true Swiss army knife of a swimmer, Mack could prove to be an asset across a large number of different events and relay legs. Her solid times in the 200 free and 400 IM suggest an important level of endurance, too.

The NC State women just lost top sprinter Courtney Caldwell, who transferred to USC, and were hampered by 2017 graduations and an injured Ky-lee Perry. It showed, as the Wolfpack women went from 2017 200 and 400 free relay champions to finishing just 5th and 7th, respectively, in 2018. Only two women broke 49 on their 400 free relay, while there were no sub-22 splits on their 200 free relay in 2018. Moreover, sprinters Lexie Lupton and Elise Haan are both set to exhaust their NCAA eligibility after this season.

Thus, Mack projects to be a really important pickup for NC State, not just in terms of her individual scoring capabilities, but perhaps more so for her relay potential. She will get to train with Perry and Vasiliki Baka for a year, Sirena Rowe and Olivia Calegan for two, and 2018 freshman Kylee Alons for three.

Congratulations Katie! Great choice!! Welcome to the Wolfpack nation!! Can’t wait to see you swim for the pack!