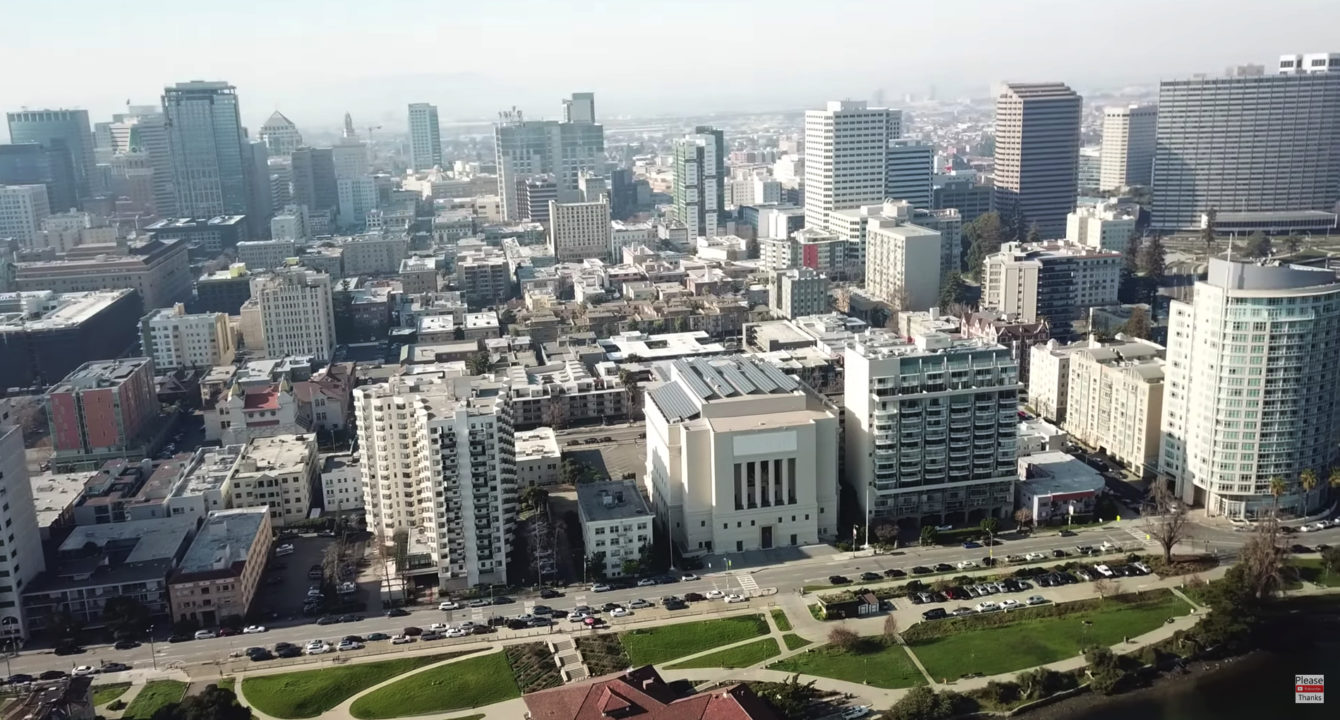 Alameda County, California, which includes the cities of Oakland (above), Berkeley, and Pleasanton, allowed the reopening of pools on Friday. Current photo via James BeBop

After 25 weeks of being closed, Alameda County in California, an area of 1.7 million near San Francisco officially allowed pools to reopen on Friday as part of its “Reopening & Recovery” plan.

In the area’s first major reopening wave in over a month, Friday also saw approval of outdoor personal services, like nails, hair, and massage, to resume, as well as “distance schools & out of school time activities.”

Also located in Alameda County is Pleasanton, home to USA Swimming gold medal club the Pleasanton Seahawks, along with a number of other USA Swimming clubs.

Under the guidelines, businesses must produce a “Site Specific Protection Plan.”

Upon hearing the news, one member of that team, Sydney Lu, who has been leading a community effort to influence the county’s reopening plans, said that she was “so excited to finally train with (her) teammates and (their) coach.”

The major cities in Alameda County include:

With continued ambiguity and conflict over the state’s reopening rules, California has been one of the slowest states in the country to resume competitive swimming activities. In many areas, local ordinances have overridden state guidance, while in others swimming has restarted and then stopped again. Other areas near Alameda County, like Santa Clara County, have been open for months, while other groups have been training under-the-radar under murky municipal guidelines.

California, the state with the largest population in the U.S., has seen more positive tests for coronavirus than any other state in the country, though on a per-capita basis it is doing better-than-average. The state will likely surpass 700,000 positive tests this weekend, and is approaching 13,000 deaths attributed to COVID-19.

Alameda County, among its large population of 1.7 million, is seeing about 200 new daily coronavirus cases over the last week, with 17,868 officially reported through Friday. The county has seen 247 total deaths caused by COVID-19. Those counts do include the early infamous Grand Princess cruise ship that was quarantined off the coast of California in early March.

California swimming communities do have the benefit in any reopening procedures that most of their competitive training is done in outdoor year-round pools, though that’s not universal. Outdoor activities are generally regarded by health experts as being less likely to spread the coronavirus.

The next step on Alameda Counties reopening plan will include offices, bars, indoor personal services, indoor museums, gyms, gatherings of less than 100, and indoor diving, while the final step includes concert venues, convention centers, and pro sports with fans. No dates have been set for those progressions.

A county where a legitimate business like Tesla was forced to remain closed but LARGE gatherings of protests in Oakland and Berkeley were unhindered by local authorities. Moreover, a county where the city of Albany with less than 100 confirmed cases were subjected to the same restrictions of Oakland which accounted for the highest confirmed cases. Welcome to NorCal politics.