What Does It Take to Make It Back? Day Six Prelims 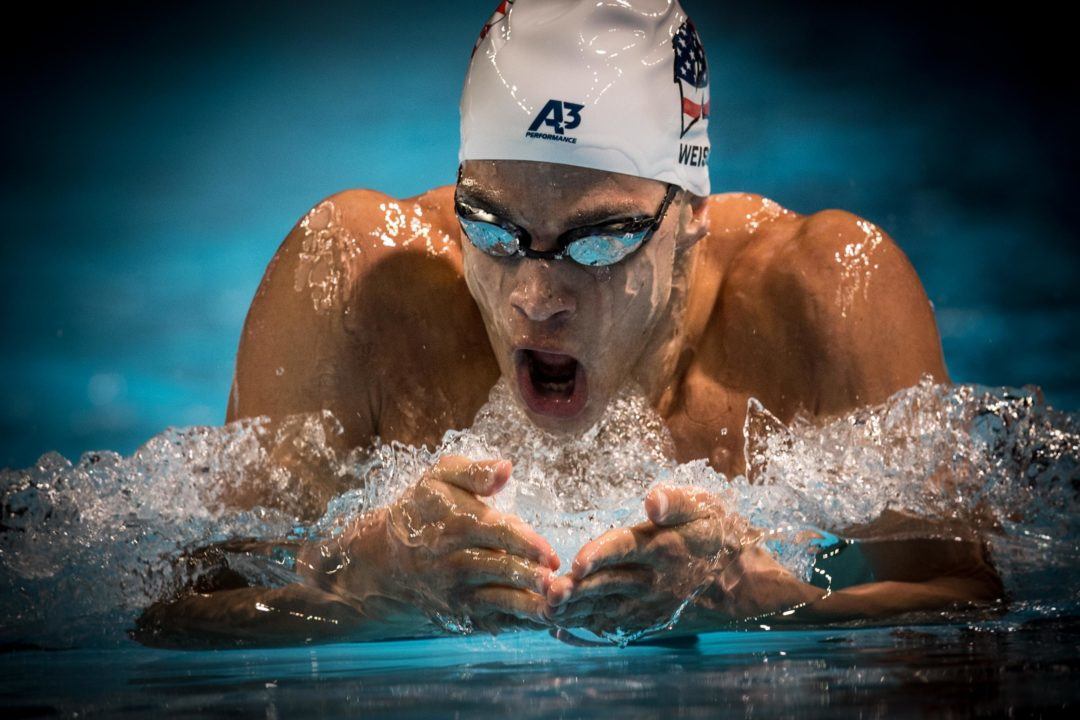 It took faster swims to qualify for semifinals or finals in all of this morning's events than it did in the same events in 2012. Stock photo via Mike Lewis/Ola Vista Photography

Here’s the comparison of the 8th/16th place times in events from this morning:

All four events got faster today versus 2012, in terms of what it took to get a guaranteed second swim.

In the men’s 50 free, there was actually a tie for 15th place, as Bowen Becker and David Williams not only got off the blocks in exactly the same time (0.72 seconds), they both finished in 22.45, almost a quarter second faster than the qualifying time in 2012.

While Katie Ledecky cruised to the top seed in women’s 800 free, Sierra Schmidt, known for pre-race dances, can now call herself an Olympic Trials finalists after touching this morning 8:32.46, over a four second improvement over 2012’s 8th place finish in the longest women’s event.

Andrew Sansoucie earned his semifinals swim in the 100 fly with a 53.38, about a quarter of second faster than what it took to earn a guaranteed second swim in that event in 2012.