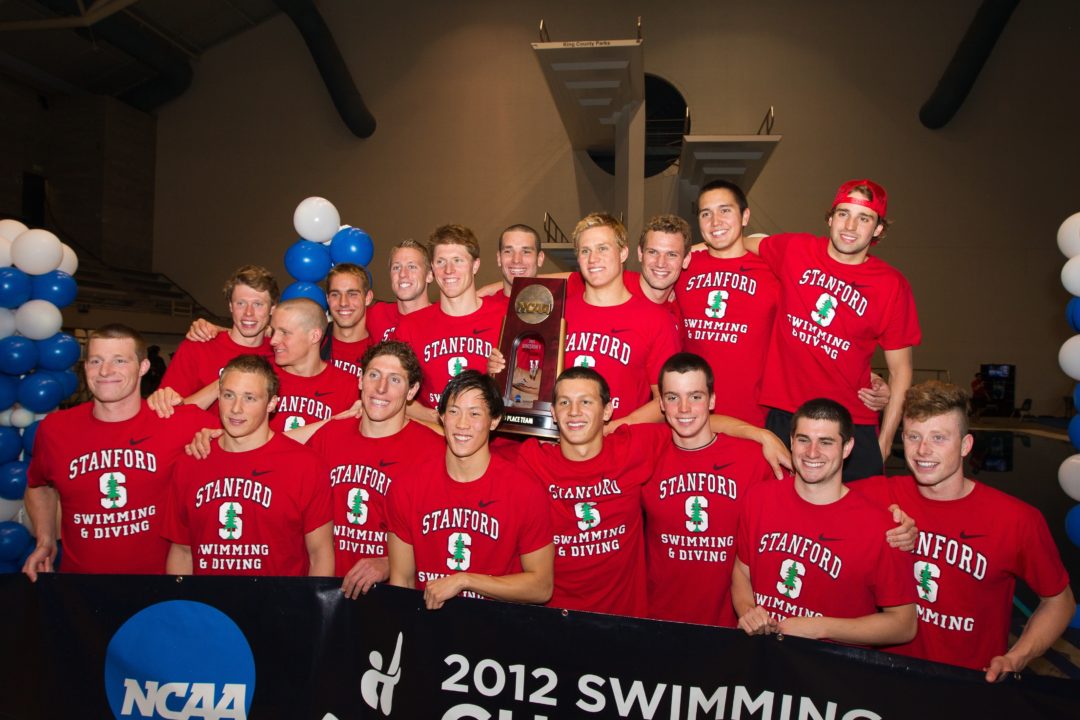 The Cardinal looked internally for their next head coach. (Photo Courtesy: ©Tim Binning/TheSwimPictures.com)

Taking over for a dynasty, Stanford has announced that they have promoted top assistant Ted Knapp to their new head coach after serving under Skip Kenney for 28 of his magnificent 33 seasons.

Knapp, who himself is a Stanford graduate, served as the Head Men’s Team Manager of the 2008 US Olympic Team, and has served on the staffs of several other international teams.

He has been in Palo Alto for the majority of Skip Kenney’s accomplishments, so most of them transfer to him. That includes having never lost a Pac-12/10 Championhips, and being a part of each of the 26-straight top 4 finishes at NCAA’s.

As a swimmer, Knapp was an All-American for Stanford before graduating in 1981.

Sources in Palo Alto say that they believe Knapp has been the target since Kenney stepped down.

i wonder how much things will change now that ted is in charge. will they stop caring so much about the streak at the sacrifice of ncaa performance? will they put some focus on long course and international meets? i hope so for their sake.

Ross knew you would get it – well deserved and congrats!!!!