Aliaksandra Herasimenia Takes Two On The Final Day In Antwerp 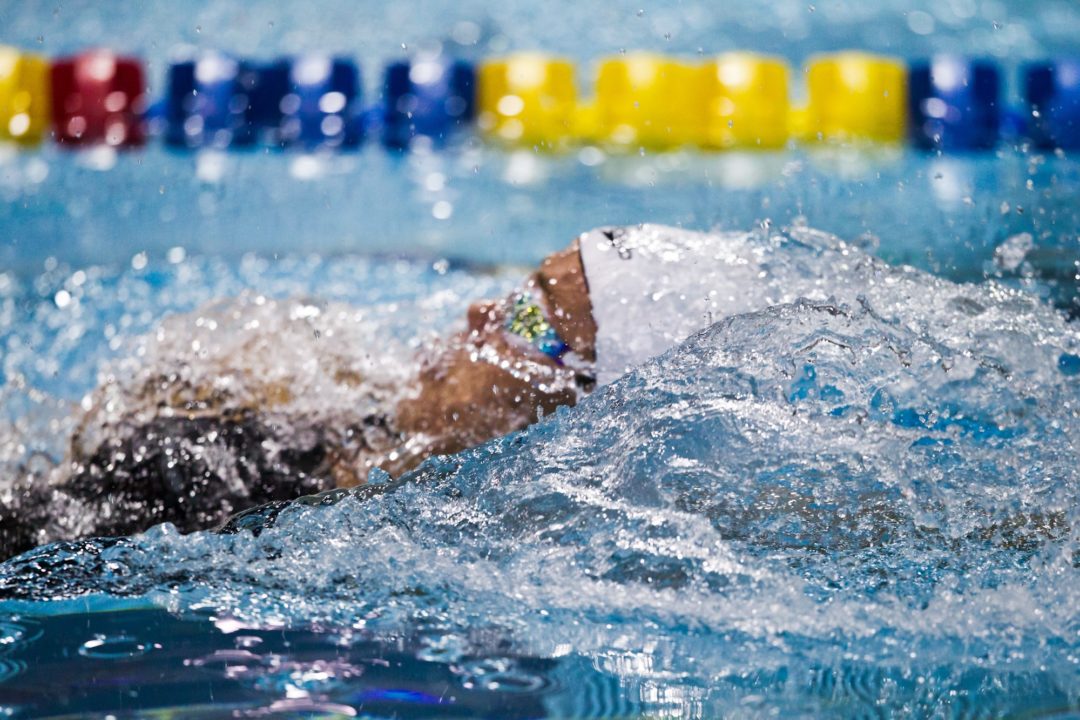 On the final day of the Belgian National Championships Belarusian swimmer Aliaksandra Herasimenia continued to rack up the wins taking the women's 100 freestyle and 50 backstroke... Current photo via Tim Binning/TheSwimPictures.com

On the final day of the Belgian National Championships Belarusian swimmer Aliaksandra Herasimenia continued to rack up the wins taking the women’s 100 freestyle and 50 backstroke.

Herasimenia, who had already won the 50 butterfly and 50 freestyle coming into the evening, put up a time of 54.77 to win the 100 freestyle. In the 50 backstroke she recorded a time of 28.35, which is well off her season’s best of 27.96 that she posted in January.

Emmanuel Vanluchene added to his win totally making it three on the weekend. After winning the 200 freestyle on Friday and the 200 IM on Saturday, Vanluchene added the 50 backstroke to his gold medal collection, taking the event in a time of 26.20. It was far from easy for him though as Viktar Staselovich of Belarus finished just one one-hundredth of a second behind while Michail Kontizas of Greece finished one one-hundredth of a second behind Staselovich.

Francois Heersbrandt also picked up his third win of the competition taking the men’s 100 butterfly in a time of 53.06. Heersbrandt took both the 50 freestyle and 50 butterfly over the first two days.

Fanny Lecluyse finished off the sweep of the breaststroke winning the women’s 200 in a time of 2:28.88.

By winning the women’s 1500 freestyle in a time of 17:13.62 Edith Mattens completed her sweep of the women’s distance events.