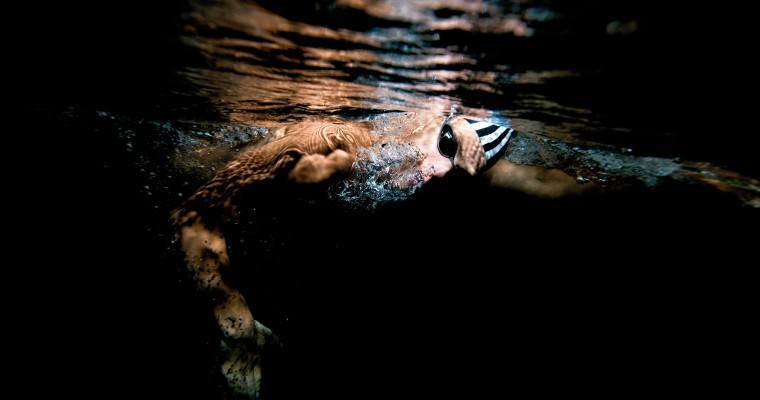 When Coach Bob Young took over the Hudson Area Swimming Association (HASA) swim program in Hudson, Wisconsin in 2012, his approach was to help transition a somewhat recreational team into a competitive swim club. His goal was to instill a unique training program that could accommodate both his advanced swimmers, as well as those still in the learning phase of the sport, while improving the club’s overall performance in local, regional and national competitions.

Enter Ultra Short Race Pace Training (USRPT). Coach Young had begun hearing about the USRPT method and had the pleasure of the meeting Michael Andrew’s family at a meet in 2013.  He continued researching the ins and outs of the training program and decided, with athlete and parental support, to begin USRPT implementation with select segments of the HASA club in 2014.

What started as a trial period for one swimmer turned into applying the USRPT program to five more swimmers, resulting in all six kids dropping time at their first meet post-trying out this new approach.  The success continued with the club seeing ten athletes qualify for zones in the summer of 2014, the most the club had ever had at one time. As a team, HASA also went on to win Regionals and Age Group States in the form of placing first in the A division in both for the 2015 season.

How has applying USRPT principles helped the HASA team achieve these feats?  Coach Young attributes his club’s recent success to the sheer confidence kids take on after racing in practice each and every day, one of the cornerstones of the USRPT program.  The athletes have a good feeling for how their races are going to turn out at meets, based on the times they’ve been able to hit in the pool with their specific events’ practice sets.

Coach Young also says his kids are “able to make stroke corrections faster because the kids are paying attention in practice.”  He says “Kids are dialed in to the practice and trust their training.  Competition anxiety has gone down and kids don’t agonize over race strategy any more because, through their practice sets, they can know what their race’s results will be.”

Do you and your club want to learn more about Ultra Short Race Pace Training (USRPT) and how the program could potentially work with your athletes?

HASA Swim Club proudly presents Peter Andrew and young swimming phenom Michael Andrew, USRPT’s foremost practitioners, at a clinic on Sunday, September 13th at Hudson High School in Hudson, Wisconsin. Swimmers will have the opportunity to implement technique principles learned in the pool, experience a USRPT set, race Michael Andrew and ask questions.  The Clinic will end with an autograph and photograph session and coaches are welcome to attend.

Michael Andrew is on a rapid rise to the national swimming scene and then possibly the world stage. He has broken 76 National Age Group records in all strokes, long course meters and short course yards. His success gets plenty of attention, but he keeps it all in check and focused on his goals. “My swimming doesn’t define me,” he said. He credits his parents for taking the pressure off, which he readily admits he applies himself.

HASA does have a great swimmer in Shane Blinkman, and two 10&U swimmers. That’s about it.

To avoid confusion, I specified that, ” As a team, HASA also went on to win Regionals and Age Group States in the form of placing first in the A division in both for the 2015 season”

Adding “A Division” to your original statement helped, but not enough as people outside this LSC wouldn’t know “A” is the weakest division and there are MANY better teams in “AA” and “AAA”. Only the team with the highest total point can claim “winning the state”. Since there is so much controversy around USRPT already, your inaccurate statement, amended or not, actually undermines the creditability of USRPT and HASA.

The author does nothing of the sort. Claiming the AA and AAA teams are “better” makes no sense. The team’s are much larger and can score more points with more qualifiers

another fluff piece trumpeting USRPT. where are the articles with the counterarguments against this approach?

To me, that it’s basically an ad for those clinics is more iffy.

look in Michael Andrew’s wake and you will find them

you mean where Andrew faded in his 200s at Nationals?

Best argument against USRPT as a stand alone training method as Dr Rushall advocates is this presentation from Dr Ernie Maglischo. I sent this to Rushall to ask him to review it and he emailed me back and said he was too busy….
https://m.youtube.com/watch?v=lUGuc06M39M

I read the whole thing (your link). Basically he is saying H.I.I.t. (High Intensity Interval Training) and USRPT are not the same thing. He also runs thru his version of history. He DOES NOT, like Maglischo does, get into muscle fiber types, responses to training, etc. it is also funny how most studies he refers to are his own. Michael Andrew: has done well in his 100’s which may show how this training has helped improve the aerobic capacity of his fast twitch muscle fibers and it has some value as PART of a training program (not a stand alone program). I have watched him race up close though and I see the way he struggles on 200’s (esp in… Read more »

Who’s claiming that MA is training for 200’s? If he isn’t doing USRPT specifically for 200 pace, why would his 200’s be ‘good’? It’s not a bad decision, in part due to his body type and size, for him to focus on the 50’s and 100’s of stroke. He can, as a pro, make a LOT of money on the World Cup and Grand Prix circuits this way. In order to make your claim of ‘it should work for more than 100’s’ valid someone would first have to break out as MA has done by training for 200’s this way (aside from some Masters swimmers). As for his technique, you state an opinion. I could list a number of Olympians… Read more »

Hulk… The point is not MA.. But the fact that with so many USRPT advocates and coaches training USRPT out there now, but no one has broken through in 200’s and longer.

That’s MY point… nobody out there is latching on to USRPT for their 200/400s yet, so until someone gives it a go, we don’t know. So far it seems to be mostly HS programs, the odd club program and some individuals who are gung ho about USRPT. All seem to be focused on the 100s (with reason). (Just to be clear, I don’t do USRPT exclusively- but I am all for anyone who wants to go against the grain and try different things. But I think the digs on USRPT here have been unfair when it seems clear that MA and his coach have decided to focus on 50s and 100s (and have had a ton of success in doing… Read more »