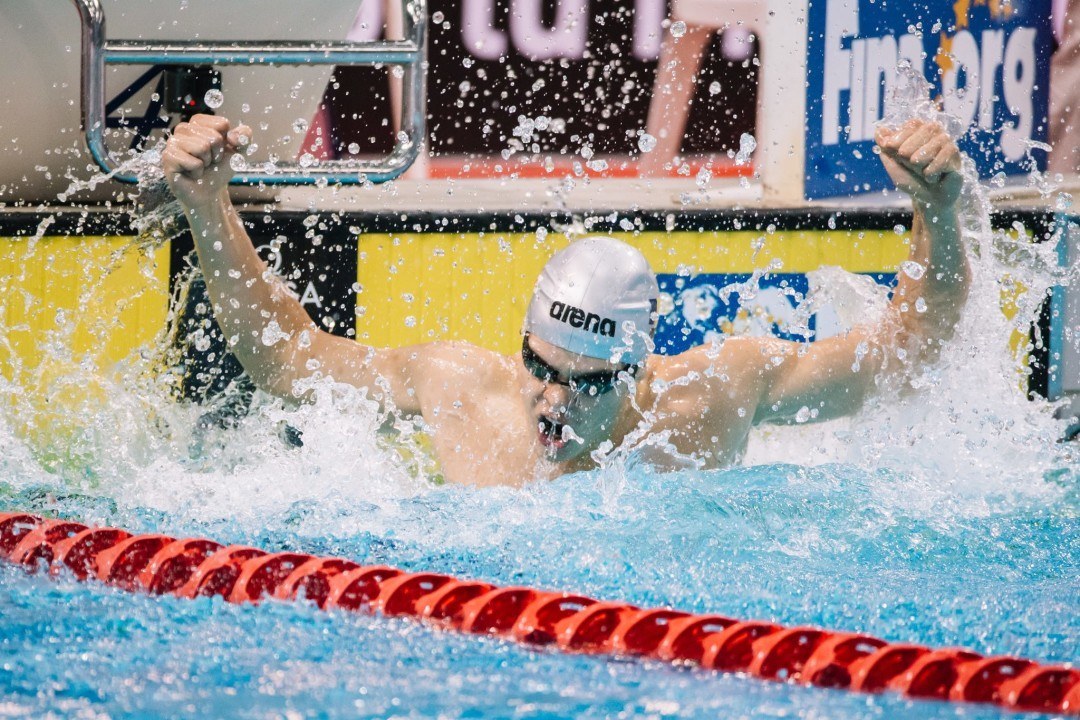 Robert Glinta won the 100 back, adding to his 50 back win from earlier in the meet. Archive photo via Adrian Seetho/Singapore Swimming Association

The fiercest competitor at this meet, Hungary’s Katinka Hosszu announced on social media that she’d be leaving the meet to compete in Norway this weekend.

Romanian record holder Robert Glinta easily took the men’s 100 back, touching at 54.32 to win by over two full seconds. Glinta won the 50 back earlier in the meet.

Tatiana Chisca was the only non-Romanian to win an event tonight– the Moldovan won the 50 breast with a solid 31.65, the only competitor under 32 seconds. Romania’s Andrei Roman swam a 29.15 to top the field in the men’s 50 breast.