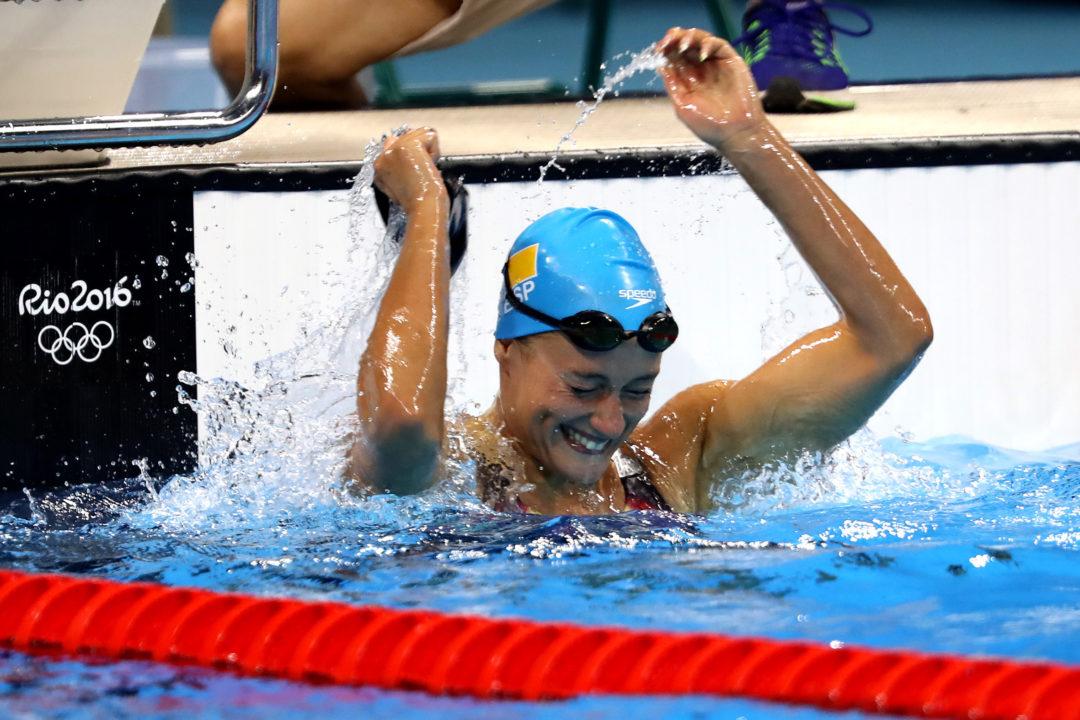 Spanish Olympic champion Mireia Belmonte has made the decision to continue swimming through the 2020 Tokyo Olympic Games. Archive photo via Simone Castrovillari

Spanish Olympic champion Mireia Belmonte Garcia has made the decision to continue swimming through the 2020 Tokyo Olympic Games. The Spanish swimming federation has confirmed her decision.

Belmonte has been regarded as one of the best Spanish swimmers in history since 2012. At the London Olympics, she became the only Spanish swimmer ever to win multiple medals at a single Olympic Games. Her success continued in the lead up to the Rio Olympics, as she continued to earn a place on the podium at high level meets such as the 2013 World Championships and 2014 Short Course World Championships.

Belmonte battled with a shoulder injury in 2015, forcing her to pull out of the Mare Nostrum Tour, Spanish Summer Nationals, and 2015 World Championships. Despite concerns about how this injury would impact her performance in Rio, she returned to the Olympic stage better than ever. She once again earned multiple Olympic medals for Spain, but this time one of them was gold. In the women’s 200 fly, Belmonte ran down Australia’s Madeline Groves, touching her out by tenths at the finish.

At the 2016 Short Course World Championships last month, Belmonte had a tough time due to bronchitis. It’s safe to say we could still see more fast swimming from her in the future, though, as we now know to look out for her until Tokyo rolls around.

How old is she? How many Olympics has she competed in?