How to Train between Trials & The Olympics 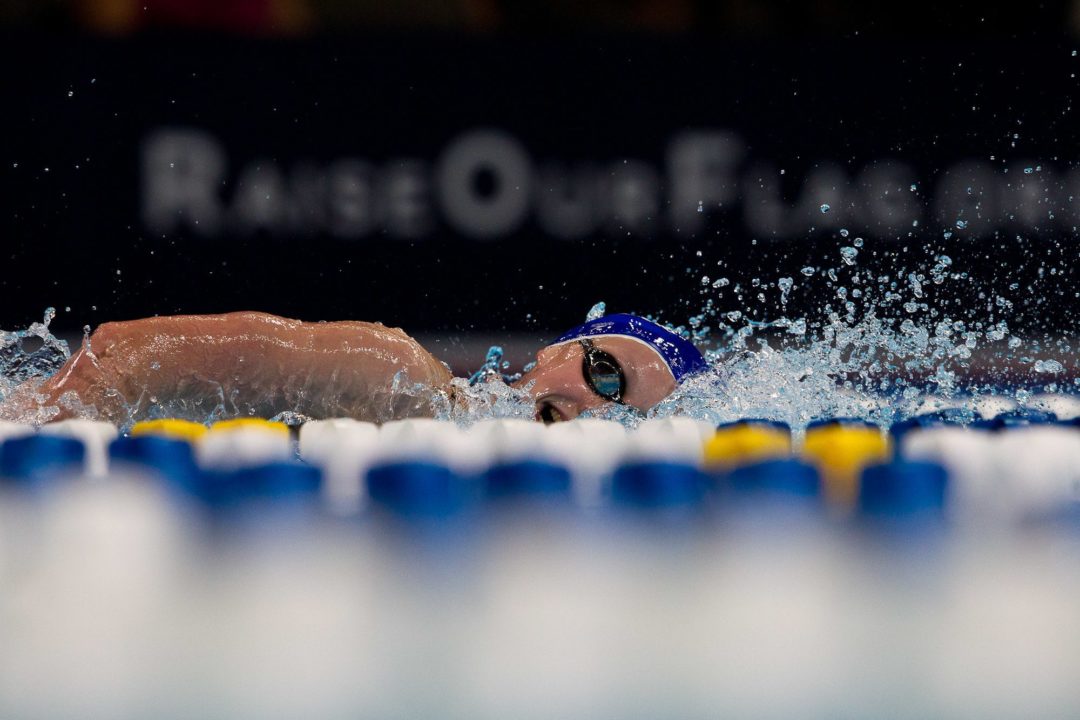 "Three primary factors can be cited for success and failure between the Olympic Trials & the Olympic Games..." (Photo Courtesy: ©Tim Binning/TheSwimPictures.com)

We used to expect Olympic and World Championship gold medals from the USA basketball team. After all, with the American collegiate and NBA programs for a long time we seemed to have a stranglehold on the vast majority of the best players in the world. In 1972 most Americans felt robbed by the officials when the Russians won the gold medal and ended the USA unbeaten legacy. But a third place finish in 1988 and another in 2004 reminded us that the Olympics are “Games” and no one is promised anything…the Games must be played.

If you measure success by Olympic medals, the most successful “team” in the history of the planet is the American Swimming Team. But there are no guarantees of success. Why do some athletes and some teams flourish and others fail between the Olympic Trials and the Olympic Games?

Three primary factors can be cited for success and failure between the two events:

Effective training in a four to six week window is very different than the 20-24 week preparation that exists in standard training plans. A coach’s art in recognizing whether or not an athlete fully adapted to the training for Trials is a critical starting point for establishing a plan. If the athlete’s physical state is misjudged it’s easy to overload too much work between the Trials and Games on a tired athlete, or conversely, not provide enough training to an athlete than has fully adapted to their training at the Trials can result in a disappointing performance. Repeating a 2-3 week taper in a 4-6 week window between the two events is seldom met with good results.

Legendary Coach Peter Daland’s individual squad members seemed to always perform well in winning 9 NCAA team titles and 14 AAU (former organizing body to USA Swimming) team titles. Coach Daland’s training formula between one competition and the next was simple and logical: View the time frame as a season in itself and train the same percentage of distance background work, mid-season work, quality work and rest/taper as he would for his teams during a long season.

Following a taper and shave for Trials, Olympic training camps can be an environment where the training can be faster than at any other times of the athletes’ lives. The individual has recovered to have speed, is not far from their training base, at their mental best with excitement about having made the team and has the best competition around them that they’ve ever had in their lives. The stories coming out of training camps are amazing, even including sets of kicking between great swimmers like Lochte and Phelps.

But despite these advantages sometimes training preparation doesn’t work well.

In 1968 Mark Spitz was an up and coming talent who had already boasted world records as a teenager including breaking the 400-meter freestyle world record three times in the year leading up to the 1968 Olympics. At the 1968 Olympic Trials, Spitz won the 100-meter butterfly, 200 fly and finished third in the 100 freestyle. Two relay and two individual Olympic gold medals seemed probable at the Mexico City Olympics.

Legend has it that in the training camp Spitz was resented for his self-centeredness and picked on and belittled for his Jewish heritage. The 18-year old came away from the Olympics with just one silver medal.

To Spitz’s credit, four years later was an entirely different result. He had grown immensely in his own mental strength and was surrounded on the Olympic coaching staff by his then club coach Sherm Chavoor and the patient, steady hand of Peter Daland as the head coach for the men’s team. He also had the audacity to sport a mustache and relatively long hair. When he asked about the mustache he confidently told the press that it kept the water from coming in his mouth when he breathed and thereby made him faster. Mark fought off a challenge by Steve Genter in the 200 freestyle to earn a string of five Olympic gold medals and five world records when he had two of his events remaining.

Mark has admitted openly that he thought seriously about opting out of his sixth race in the 100-meter freestyle. The reason? American teammate Jerry Heindreich had out split him on the 400-meter freestyle relay and the thought of getting a silver medal did not sit well with Spitz. But with a push from Coach Chavoor, who threatened to take him off the 400 medley relay if he didn’t swim the 100 freestyle, Spitz won the gold medal in the 100 freestyle and broke his sixth world record.

The best was yet to come.

In the 400 medley relay the USA broke the world record with Spitz swimming butterfly and Heidenreich swimming freestyle. The team dynamics had changed so favorably for Spitz that after receiving his seventh gold medal, breaking his seventh world record, Heidenreich and his relay teammates picked up Mark and carried him around the Munich pool deck to the delight of a thunderous ovation from the fans. Unlike the 1968 squad, the 1972 Olympic team embraced his talent and achievement. Afterward Heidenreich commented, “Carrying him around the pool seemed appropriate after what he did…something we will likely never see again.”

In 1988 Matt Biondi approached Spitz’s feat, and then of course… along came Michael Phelps.

What is happening right now in the USA Olympic Swimming Team training camp that will lead to success in London? Having two of the most dominate swimmers in the world on the American Team (Lochte and Phelps) could easily encourage those who “can” (Franklin, Vollmer, Schmidt, Beisel, Adrian, Grevers, Jones, etc) to believe that doing their best is enough to have a great American team performance.

…will the coaching and squad leadership of Coughlin, Lochte and Phelps be evident in the medal outcome?

You never know…Matt Biondi went to his first ‘US Nationals’ in the spring of his freshman year of college. He qualified at those nationals for the 1984 Olympic Swimming Trials a few months later. At the Trials he made finals, then the team and some weeks later stood on the awards podium with an Olympic Gold Medal.

Next week, one of the greatest Trials to Games transitions ever…and the reasons why.

I like how Daland’s approach is presented as “simple and logical” without reasoning. Why would you do distance background work if the benefits don’t kick in until a large amount is done?

Also, it is made to sound as if the Olympic Training Camp has all these benefits and advantages when physiologically, it just doesn’t always work very well to do double tapers. Was Brendan Hansen also belittled for his self-centeredness and Jewish heritage, or was there another reason he added time at the Athens Olympics despite breaking world records a month before the Games?

(Before all kinds of outrageous interpretations start rolling in, what I meant to illustrate was; maybe Spitz just didn’t hit his double taper in ’68?)

My own correction of facts: Spitz was on the 400 and 800 freestyle relays that won gold medals in 1968 and swam a 53.0 to win a bronze medal in the 100 freestyle. The logic of Daland’s distance work for only a few days as beneficial? Better to ask him, but perhaps his logic could include an opinion that it gave his swimmers time to recover from the intense swimming from the competition by changing the type of stress on their bodies. He might also say that it is like re-drilling a well that has shut down to only a small degree and stimulating that aerobic energy system again. He might also just say, “It worked.” He tends to be… Read more »

Its true because I ran the olympic trials and 2 weeks prior was the NCAA which I ran 100meters,200meters,4by1 relay,4by 4 relay trials and prelem heats and I was totally spent at the Olympic trials.I was picked to make the team and I should have.Not knowing at that time I should have rested after the NCAA and cut back and probably would have made the team with no problems. Instead I felt tired and ran my slowest times because of my knowledge about training.

Hello there, simply changed into aware of your blog thru Google, and located that it’s truly informative. I’m going to be careful for brussels. I’ll be grateful should you continue this in future. A lot of folks shall be benefited from your writing. Cheers!