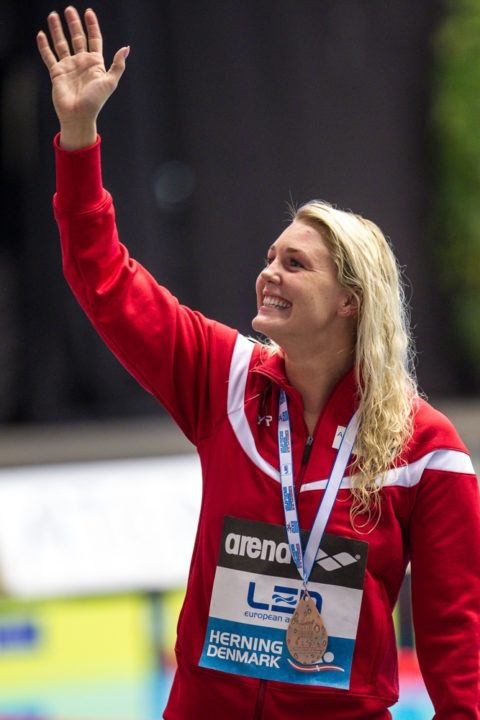 The LEN Bureau voted on the host of the 2017 European Short Course Swimming Championships today in Vienna, Austria at the... Current photo via Jesper Nielsen, www.sttfoto.dk

The LEN Bureau voted on the host of the 2017 European Short Course Swimming Championships today in Vienna, Austria at the 2015 LEN Congress, awarding the the Games to Denmark. The 2017 edition of the European Championships will be staged in Copenhagen, in the brand new Royal Arena.

The Royal Arena is still under construction but is set to be completed by the end of next year. The 2017 European Championships will be the first sporting event of any kind to take place in the new Royal Arena.

The last time Denmark hosted these games was in 2013, and the organizers say they are excited for the 2017 Games because they will be able to better apply what they learned while hosting in 2013.

“We gained valuable experiences in hosting the event in 2013 together with the host city, Herning and Sport Event Denmark. We thus base our 2017-bid on these learnings. In 2017 the host city will be the Danish Capital, Copenhagen. Copenhagen was listed no. 6 on SportCals list of international Sport Cities 2014 and the city has a strong sporting event strategy,” says Pia Holmen, CEO, Danish Swimming Federation.

“We are really pleased to return to Denmark: after the highly successful event in Herning 2013, we are sure that the 2017 edition will be another hit. Copenhagen is not just a beautiful city and capital of a magnificent country, but has also become the capital of sport by staging a handful of great events in succession. LEN is really happy to be part of these series and even more proud that our continental showcase will be the first sport meet held in the brand new Royal Arena. We have to be grateful for the great efforts of the Danish Swimming Federation and Sport Event Denmark, we know we are going to work with dedicated professionals once again.”