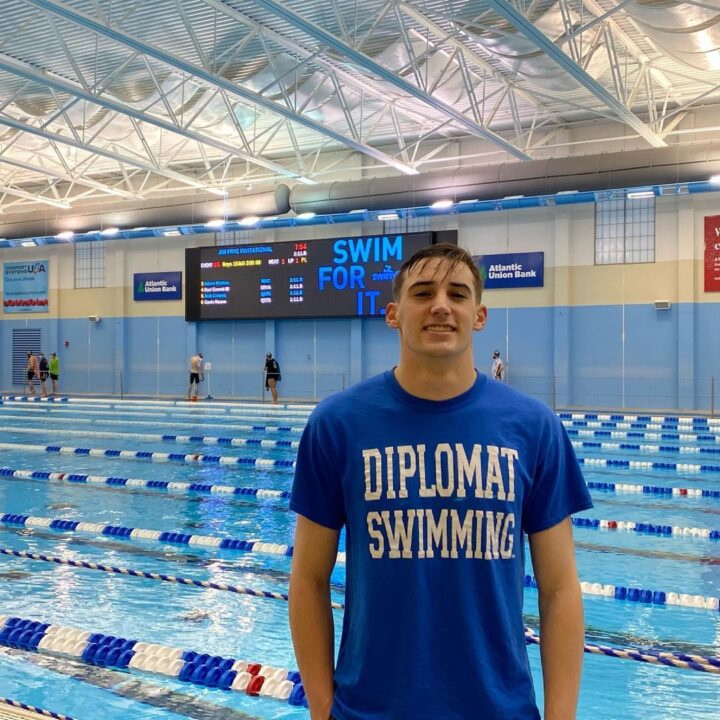 Franklin & Marshall junior Brendan Cline booked his ticket to Omaha for the U.S. Olympic Swimming Trials over the weekend at the Jim Frye Memorial Long Course Meet in Richmond, Virginia.

The swim qualifies him to race the event on June 7 in Omaha, Nebraska. With a top 2 finish, he would advance to swim in the Wave II meet alongside swimmers who automatically advanced via hitting the faster cut of 22.71.

“Making the trials cut has been a dream of mine since the beginning of my swim career,” Cline said of his achievement. “When I got up on the block for the swim, I thought of all the work I had put in prior to that moment, and all the family, teammates, and coaches who were supporting me. Olympic trials represents the peak level of competition, and I am honored to have the opportunity to participate.”

Cline is actually the second Franklin & Marshall swimmer to qualify for the 2021 US Olympic Trials in the 50 free: Chris Schiavone qualified in the same event in November at the U.S. Open when he swam 23.08.

Marshall, currently an NCAA Division III school, was actually an NCAA power in the 1930s before there were separate divisions, when Gordon Chalmers won the now-discontinued 150 yard backstroke title in 1933. Chalmers was a member of the 1932 U.S. Olympic Team in the 100 back, where he finished 7th in the semi-finals at a meet where the top 6 advanced to the final.

Since then, Franklin & Marshall didn’t have another swimmer qualify for the U.S. Olympic Trials until this cycle, where they now have a pair. Also among the school’s international history is Paralympic star Becca Meyers, who was a student at Franklin & Marshall when she won 3 gold and 1 silver medal at the 2016 Paralympic Games in Rio.

Cline also went for a split swim in the 100 free at last weekend’s meet, where he swam 23.39 on his opening 50. So, even in a meet where there were no prelims, he managed to squeeze in 3 attempts at the cut.

Franklin & Marshall is led by head swimming coach Ben Delia, who just finished his 10th season in charge of the program. While the team didn’t have an NCAA Championship meet to race at and didn’t wind up swimming any collegiate dual meets this season, they cobbled together a schedule of USA Swimming meets to put some semblance of a season together.

150 yard backstoke? What other discontinued events has the NCAA done?