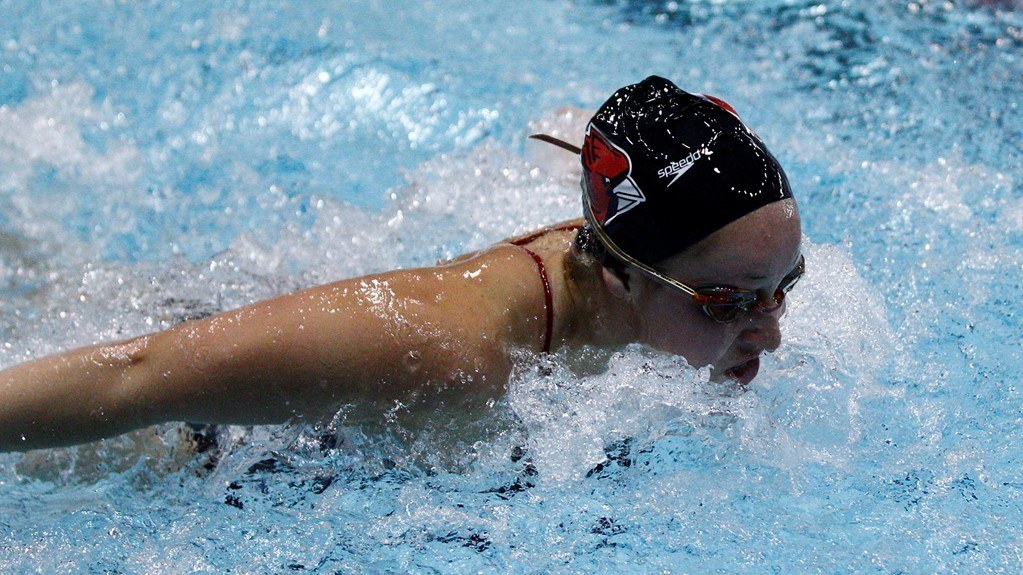 The men’s swimming and diving team fought hard against Ball State Saturday afternoon, but came up short in the end.

“Ball State was ready for us, and it took a while for us to respond,” said head coach Rickey Perkins. “We had some good races but this time of year it’s about us giving our best effort in each race. We still have five weeks until conference championships, and our goal is to be the best at that meet.”

Freshman Brandt Hudson began the individual events with a win for the Aces. He clocked in at a 9:59.33 in the 1000 freestyle, a season best. Hudson then continued to win the 500 freestyle by over ten seconds at a 4:48.68. Sophomore Blake Wheeler touched in at 5:01.59 for third place.

Freshman Paul Cozzens played his part in scoring points for the Aces as well. He took the victory in the 200 IM with a time of 1:58.35. Cozzens fought hard in the 200 butterfly, but was outtouched by Ball State’s Tanner Barton. Cozzens second place finish finalized at 1:56.57.

Men’s diver Miguel Marcano had a successful afternoon. His score of 233.93 in the 1-Meter earned him first place. He continued his winning streak with a 3-Meter score of 224.70.

The men and women’s teams are both back on February 4th with a duel meet at Southern Illinois.