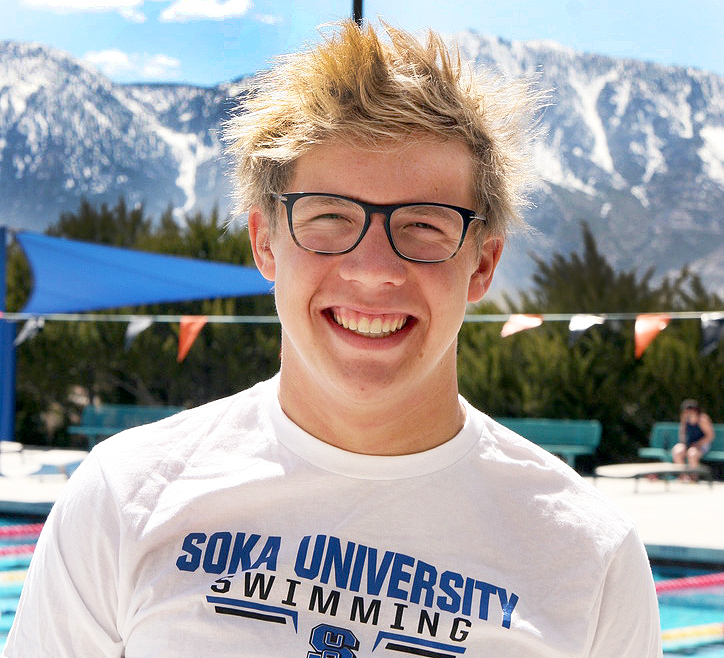 Freestyler Josh Beam of Gardnerville, NV has announced his commitment to swim for the NAIA’s Soka University in the fall of 2021. Current photo via Josh Beam

Josh Beam of Gardnerville, NV has announced his commitment to swim for the NAIA’s Soka University in the fall of 2021.

“Soka’s coaches are very supportive and displayed a great team dynamic that I was drawn to.  They reached out to me last year and I could tell they demonstrated encouragement and enthusiasm with their swimmers.  Soka has a beautiful campus and an Olympic-sized outdoor pool that was also appealing. I look forward to getting faster while training with them.”

Beam recently graduated from Douglas High School and competes for the Douglas Dolphins Swim Team. Representing Douglas at the Nevada Regional HS Championships, Beam was a finalist in both the 50 freestyle and 100 butterfly, placing 5th overall in both events.

When he arrives on campus, Beam will have an immediate impact at Soka both individually and as a relay asset. During the 2019-2020 season, Beam’s best times in the 50 and 100 freestyle would have ranked 2nd on Soka’s roster. In both events, the top swimmer on Soka’s roster for that season was Howard Lin, who will be a junior in the fall. At the 2020 Pacific Collegiate Swim Conference Championships, Beam would have made the non-scoring D-final in all 3 of the sprint freestyle events. Soka’s men placed 6th out of 8 teams at those championships, scoring a total of 350 points.

Beam is the first swimmer to commit to Soka’s class of 2025.