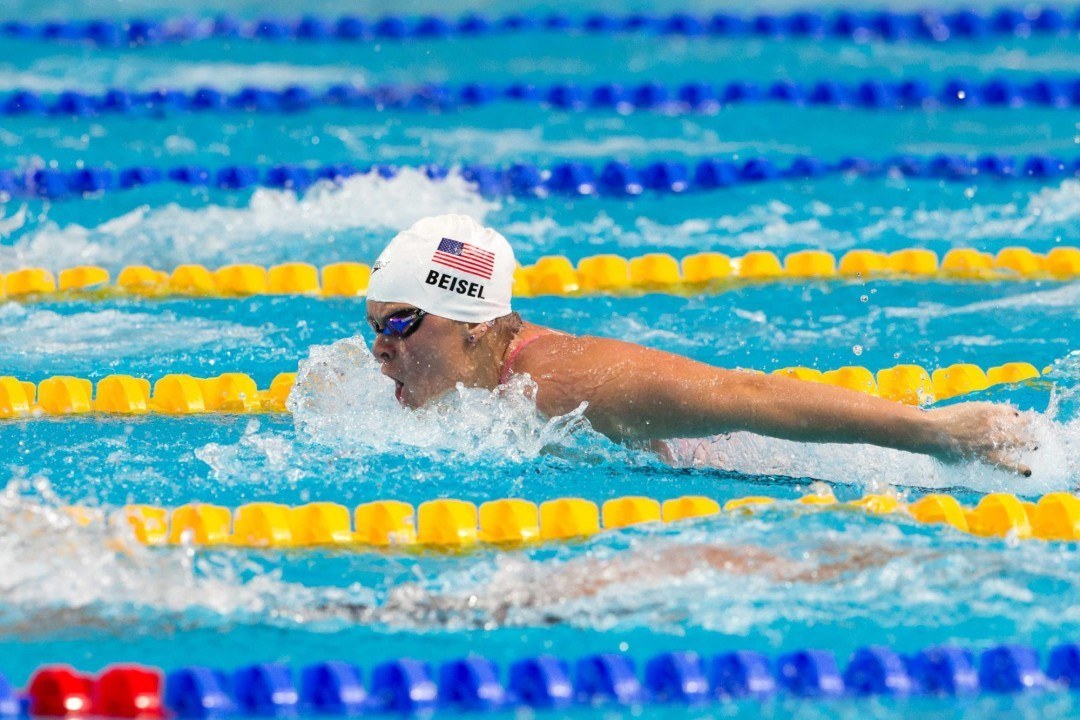 Troy discussed the progress of U.S. Olympian Elizabeth Beisel, who dealt with a groin injury last season. Since then, Troy has seen Beisel get back to better form. He talks about Beisel's training, and believes her fitness level is probably at the best he's ever seen from her. Archive photo via Tim Binning/TheSwimPictures.com

At a press conference in Gainesville on Thursday, Florida Head Coach Gregg Troy addressed the media about the upcoming U.S. Olympic Trials. Troy discussed the progress of U.S. Olympian Elizabeth Beisel, who dealt with a groin injury last season. Beisel, who has consistently been a medalist in the 400 IM at major international meets since 2011, didn’t advance to the finals of the 400 IM or 200 Back at the World Championships last summer. Since then, Troy has seen Beisel get back to better form. He talks about Beisel’s training, and believes her fitness level is probably at the best he’s ever seen from her.

Next month in Omaha, Beisel will be looking to qualify for her 3rd straight U.S. Olympic team. She first qualified for the Beijing Olympics at 15 years old. She followed that up with a 4th place finish, just missing the podium in the 400 IM. In 2012, she qualified to swim both the 200 back and 400 IM at the London Olympics. In London, she earned her first Olympic medal, placing 2nd in the 400 IM and narrowly missing Katie Hoff’s American Record. In the 200 back, she placed 3rd to bring home multiple Olympic medals.

Good to hear.
I’m a Beisel fan.
With DiRado on fire and Beisel back at her best, USA has 2 major cards to medal in the 400 IM in Rio.

Actually, Elizabeth has been a consistent medalist since 2009 and not 2011.

That’s terrific news! It would make me very happy to see Elizabeth FINALLY get under Katie Hoff’s US Record in the 400 IM. Go Bluefish!