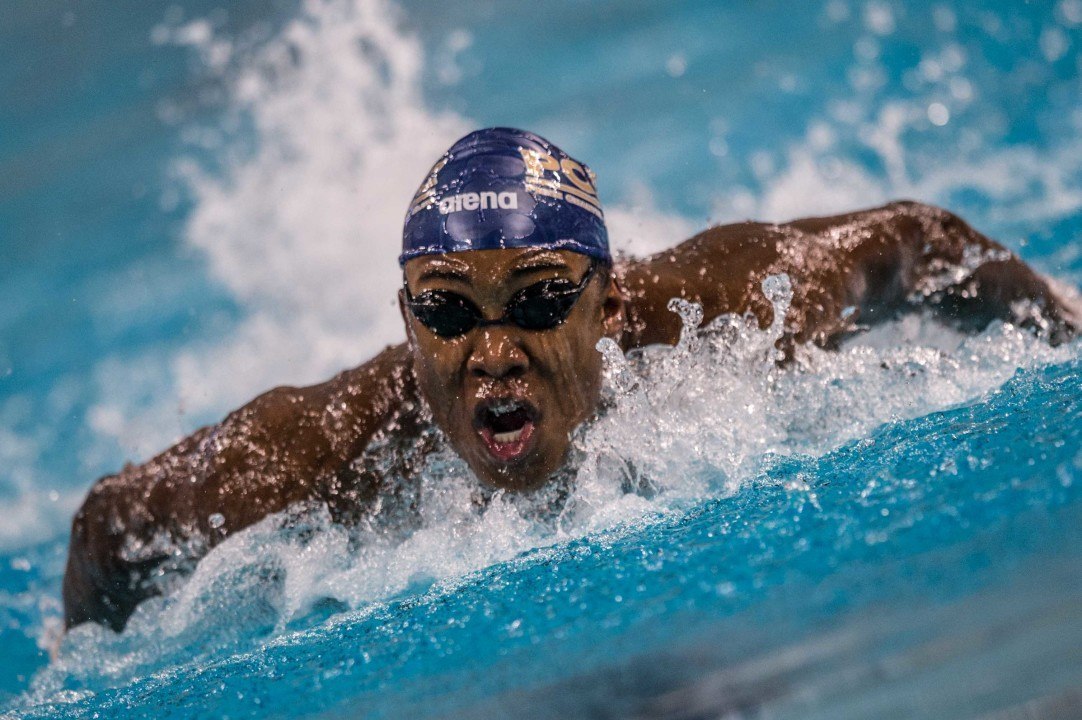 Whitley races his way to the 200 IM victory on night 1 finals at the Eastern Interscholastic Swimming and Diving Championships. Archive photo via Mike Lewis/Ola Vista Photography

The finals session for the first ‘half’ of the Eastern Interscholastic Swimming and Diving Championships (“Easterns”) concluded tonight at LaSalle College in Philadelphia.

The meet is competed in by a group of elite private high school and college preparatory institutions in the Northeastern United States, many of whom have long and prestigious swimming histories.

Among the notable swimmers at the meet is teenage breaststroking phenom, Reece Whitley. After splitting 23.85 on breaststroke during his Penn Charter squad’s 200y medley relay prelim race, Whitley followed up with a 23.93 effort in the evening session, contributing to his team’s overall time of 1:33.17. The mark improved on their morning swim by .15 of a second, but still fell short of the top seeded Peddie Aquatics’ squad, who took the meet title in a time of 1:32.85.

Whitley really made his presence known tonight in the final of the men’s 200 IM, where the 15-year-old raced to a new personal best of 1:47.55. Coming into the meet, Whitley’s best time was the 1:47.95 he clocked last December, so he was able to improve upon that swim by half a second, while also setting a new meet record in the process.

Prelims continue tomorrow at 8am.

It is shocking every year how great swims are achieved in the dungeon six lane pool that is Lasalle University. The crowd is electric, the atmosphere amazing, but the pool stinks.

It’s served south eastern PA nobly! Completely agree with your take – fantastic atmosphere, dreadful pool. I’ve seen so many cuts made, so many grinning faces in that pool. Just goes to show, if you have a lane, you have a chance!