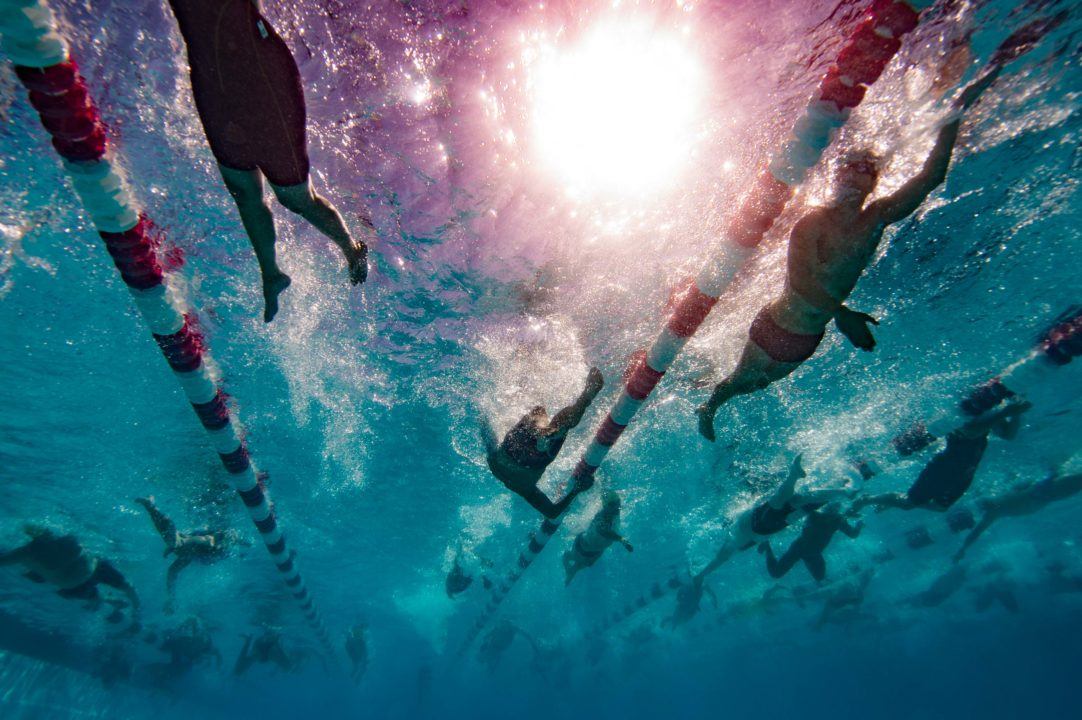 With nearly all swimmers reaching their prime between their late teens to early 30s, masters swimming gives an opportunity for swimmers all over to continue competing at any age. Swim Fort Lauderdale’s Cecilia McCloskey has been racing masters for over 30 years and has amassed numerous American Masters and World Masters records.

McCloskey was a part of the US contingent that took part in the 2019 World Masters Swimming Championships in Gwangju, South Korea. Swimming only one day of the competition, McCloskey, secured two medals; a gold and a silver. In the 200 backstroke, she took the top spot in the 65-69 age group with the only sub 3-minute time. Her 2:59.90 was fast enough to set a new Championship Record, improving on the previous mark of 3:01.12. She was joined on the podium by Linda Hunt for silver (3:14.28) and Susan Swire-Thompson (3:17.93) for bronze.

Competing at both the 1964 and 1968 US Olympic trials, McCloskey came very close to making the team in the ’68 by placing fourth in the 100 back. In that year, the top three finishers would make the team but McCloskey just missed out as she touched behind Pokey Watson, Susie Atwood, and Kaye Hall.

The next year, McCloskey suffered another blow when she qualified for the 1968 World Student Games team at the ’67 Pan Am Games but couldn’t go as she didn’t reach the age requirement. She needed to be 18 as of Jan 1, 1968 but wouldn’t hit that age until a day later; Jan 2, 1968.

After these setbacks to her swimming career, McCloskey took a step back from the intense training that she had become accustomed to. After a full 10 years out of the pool, McCloskey made her first comeback in 1979 and has been swimming on and off ever since.

2020 for McCloskey has so far yielded 11 US Masters Swimming National records including backstroke, butterfly, IM, and freestyle races.

You can check out a list of McCloskey’s meet results, USMS Individual Top 10 Achievements, All American Honours, and more here.

Congratulations to my training partner Mrs. McCloskey! Your accomplishments and accolades are out of this world! Mrs. McCloskey is a great athlete and an even better role model. Behind the scenes, her determination, guidance, and willingness to constantly challenge her limits are inspiring. When we would do double practices at 5:30 A.M. in Pleasantville, you would always beat me to the water first. I would always say to myself “If Mrs. McCloskey can do it, I can do it too.” Thank you for being a great influence on me and the sport of swimming!

Congratulations Mrs. McCloskey! Not only is she an amazing swimmer and athlete, but an inspiring role model. I was fortunate enough to have the opportunity to train with her throughout my high school career. And let me tell you she was a fierce competitor in the pool, but always was willing to help my brother I get to the next level whether it was in the pool or in life. I can’t wait to see what the future upholds for you! Much love from South Jersey!