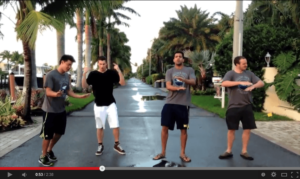 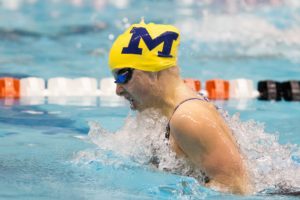 The Michigan women swept all 12 races at the short course meters event, including two wins and a meet record from Marni Oldershaw.

Keltan Lawler
Born Dec. 1, 1994 to parents, David and Mary Rourke-Lawler, Keltan Lawler is a swimmer at the University of Michigan. Lawler is a butterfly and IM specialist originally from Los Gatos, Calif. He competed club for the prestigous Santa Clara Swim Club, as well as PEAK, and he graduated from Los Gatos High School. Lawler is currently a RS sophomore, having sat out his freshman year, and he’s in the School of Literature, Science and the Arts.  Lawler was a coveted recruit out of high school – he had both Olympic Trials and U.S. Summer National Championship qualifying cuts. Although his specialty is the 200 butterfly, he was a high school All-American in the 100 butterfly. At the 2011 Silicon Valley Science and Technology Championship Lawler and his team took first in the Environmental Sciences Category titled, The Extraction of Oil from Water Using Ferromagnetic Fluids. He was also a Scholastic All-American at Los Gatos, and he graduated with honors.

2013-2014
Competing as a freshman Lawler made his collegiate swimming debut at the Univ.of Michigan Open. He swam three events, and even picked up a fifth-place finish in the 400 IM.

2014-2015
Lawler is currently in his RS sophomore season as a Michigan Wolverine. He did not swim at the Big Ten Championships, but competed at the AT&T Winter Nationals, swimming three events. He also competed in the dual meet season, swimming exhibition events against Indiana, Louisville and Texas.