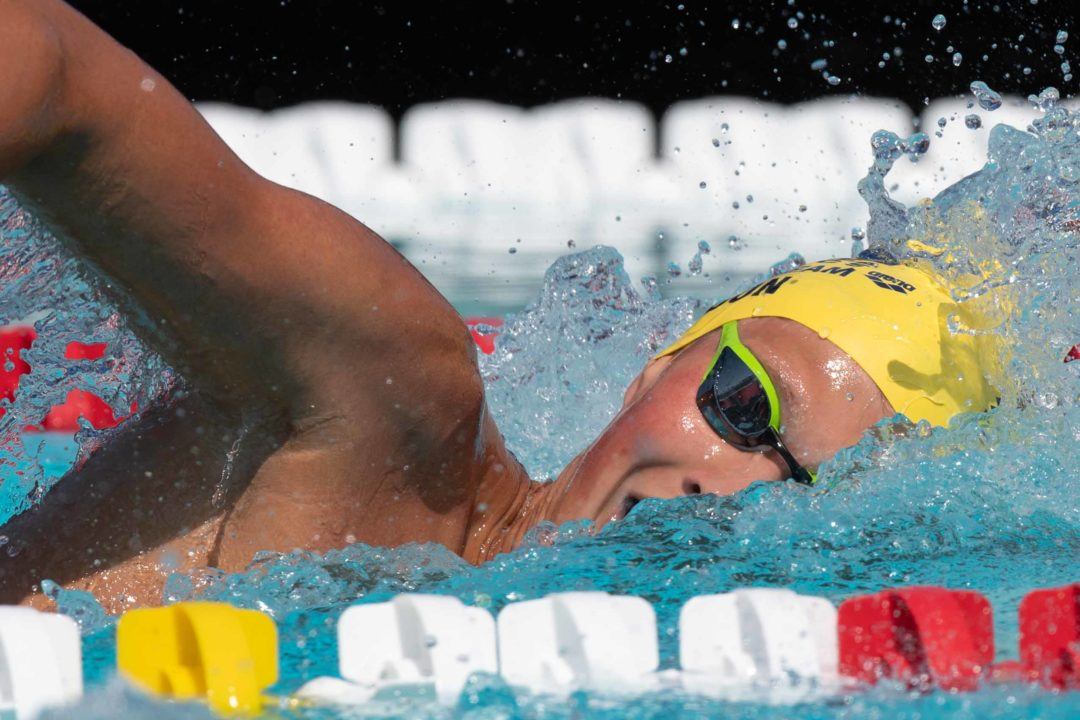 Yeadon, who previously was ranked 3rd in the nation at 8:58.55, dropped down to 8:51.97 to take 2nd Current photo via Mike Lewis/Ola Vista Photography

After the first day of competition at the ACC vs Big Ten College Challenge at Purdue, the women’s meet looks to be all but decided and the men’s is still very much up for grabs.

On day 1 nearly every event was won it was stood up to be the fastest time in the NCAA so far this season. For a full event-by-event recap, click here.

Ricardo Vargas dropped a massive swim of 8:46.64 to win the men’s 1000 for the Big Ten, improving on his 8:56.41 from Michigan’s tri-meet with Iowa and Denver (that previously stood as the top time in the NCAA). Vargas broke free from Zach Yeadon of the ACC around the halfway mark to take the win.

All that charisma and hard work must be paying off with times like these!! I also liked the fact he shook the hands of all competitors after his swims this weekend. True sportsmanship.