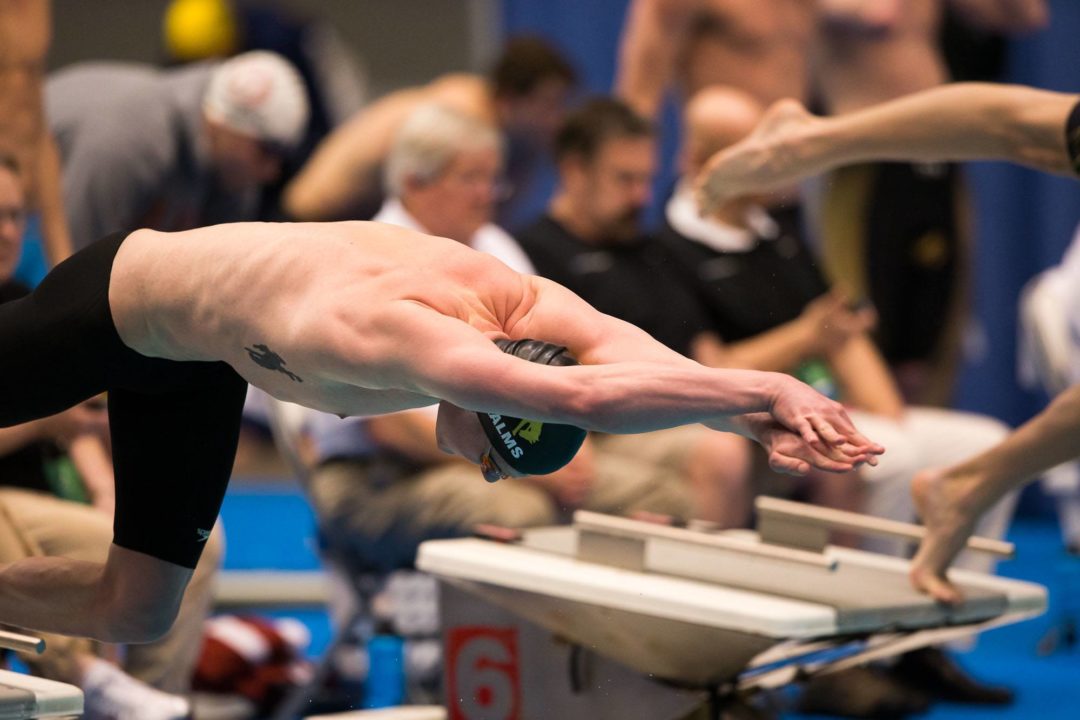 Wyoming's current best sprinter Adam Kalms, will have a partner for his senior year. Stock photo via Tim Binning/TheSwimPictures.com

He is the defending Wyoming State Champion in the 50 free, 100 free, and 400 free relay. That’s impressive, given that coming into his junior year, he thought he was a breaststroker (he was the state runner-up in the 100 breaststroke as a sophomore).

That is not to say he’s not still a great breaststroker: he was a 57.9 as just a sophomore. He trains under Mark Miller, who was 2nd in the 200 breast at NCAA’s in 1988 and 3rd in the 100 breaststroke, so that makes sense (Miller swam at Wyoming as well). But both his breaststroke and his freestyle are heavily leg-driven, as you can see in the video below (he’s the lead-off leg that crushes the field), which explains the overlap in success.

Swimming for Cheyenne Central High School, he broke the Wyoming State Record in the 100 at last year’s state meet that had been held by current Cal swimmer Nick Dillinger.

White will step immediately onto both free relays at Wyoming if things keep going as they are. His sprinting ability likely allows the Cowboys to comfortably use their star, Adam Kalms, as the backstroker of their medley relay (they were doing it anyway), which means that White probably steps into a very important four-relay role as a freshman.