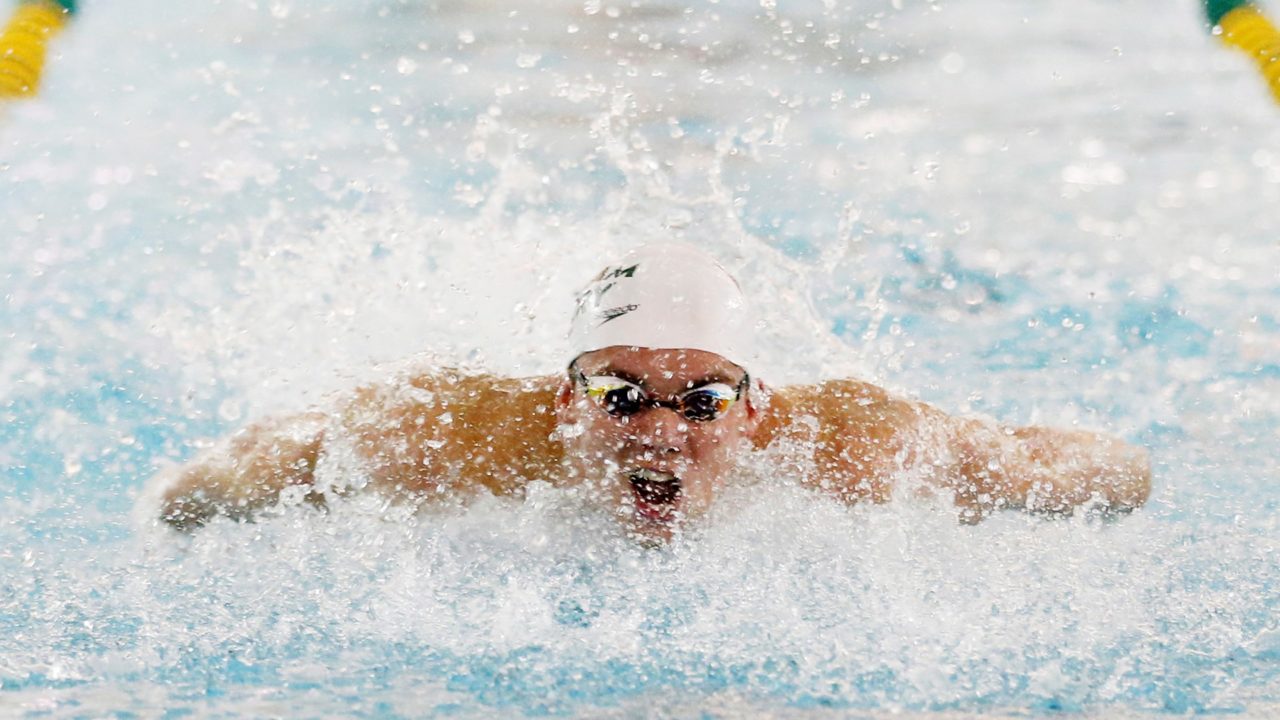 The W&M women and the UNCW men lead after the first evening of the 2020 Colonial Athletic Association conference championships. Current photo via William & Mary Athletics

The 2020 CAA Championships opened up today in Christiansburg, VA, with the 200 medley and 800 free relays for both men and women, as well as the men’s 1m diving. The William & Mary men are looking for their 6th-straight conference title, while the women of James Madison are aiming to make it three in a row.

Records continued to fall in the 800 free relay, which the W&M men won for the tenth-straight year, setting a new meet and CAA record in the process. Christopher Pfuhl led off in 1:37.45, Colin Wright smoked a 1:33.96, a split that’s among the best in mid-major swimming in the country, and Graham Hertwick (1:38.13) and Ben Skopic (1:37.32) closed things out as W&M won by nearly seven seconds.

UNCW men had five divers score, given them a fairly commanding lead after the first day. It’s worth mention that W&M does not have a diving program, leaving them in hole, but they typically climb back fairly quickly the next couple of days.

Alexa Kutch, like usual, throwing down huge swims. Wonder what she’ll go in the 100 with a split like that. Also… a 1:33? Insane! I wonder if he can repeat that in an individual.

And Colin Wright goes 18.98 to lead off the winning William and Mary 200 free relay during the evening session on Day Two. Go Tribe!