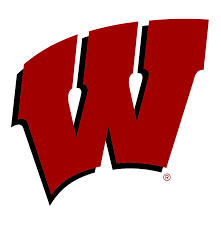 The Wisconsin Badgers will not make the trip to Iowa for this week's Big Ten swimming & diving opener due to "concerns with COVID-19 among the UW's rosters." Stock photo via Wisconsin Athletics

20-year-old Rafael Miroslaw, an IU ’25 commit, has pulled out of the 2021 German Olympic Trials due to a shoulder injury that halted training for 3 months.

Wisconsin announced the news Thursday. The Big Ten didn’t compete this fall due to the coronavirus pandemic, but all Big Ten programs were scheduled to compete in a handful of three-team meets this January and February. This weekend would have been the first competition for all Big Ten programs except Minnesota.

Wisconsin would have traveled to Iowa City for a triangular with Nebraska and Iowa. But before the regular season has even begun, it’s already experienced its first coronavirus-related cancellation.

The University of Wisconsin men’s and women’s swimming & diving teams will not be traveling to Iowa City on Saturday, Jan. 16 for a triple dual meet against Iowa and Nebraska, the Wisconsin press release reads. The release continues below:

Iowa will host only Nebraska for the meet. The Badgers are not participating due to health and safety concerns with COVID-19 among the UW’s rosters.

Due to the shortened Big Ten schedule for conference teams this year, the event will not be rescheduled.

We’ve reached out to the Wisconsin athletic department for clarification on “health and safety concerns with COVID-19 among the UW’s rosters”: whether the Badger programs have positive cases and whether the meet cancellation will also come with any quarantine or suspension of team training. We’ll update if and when we receive a response.

Update: Wisconsin says its activities are not paused, though they didn’t confirm or deny positive cases on the roster.

“Activities are not paused for the team overall,” a Wisconsin representative said. “The Badgers opted to not travel to Iowa out of an abundance of caution.”

Here’s the updated Big Ten schedule for this weekend:

I ❤️ The Badgers

Unsurprising if you’ve been following the state and school’s COVID-19 response. Very few people on campus – including the chancellor – are taking the outbreak seriously and as a result, this happens.