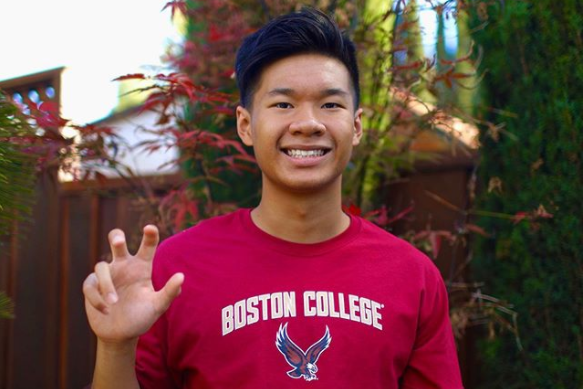 Winter US Open qualifier Kenneth Thien announced his decision to swim at Boston College beginning in the 2021-2022 season. Current photo via Kenneth Thien

“I’m so excited to announce my verbal commitment to attend Boston College in the fall of 2021! I’d like to thank my parents, friends, and coaches for their nonstop support and love. I can’t wait to get to BC and be a part of this great team. Go Eagles!”

Thien will be joining versatile swimmer Will Mckinney as a member of Boston College’s class of 2025.

Boston College finished last out of 12 teams at last year’s ACC men’s championship meet. The team scored 4 individual points, all coming from Sam Roche’s 21st-place finish in the 100 back.

Thien’s best times in the 100 breast and 200 breast both would already put him among the top 10 in program history. His 200 breaststroke time would rank him 4th.