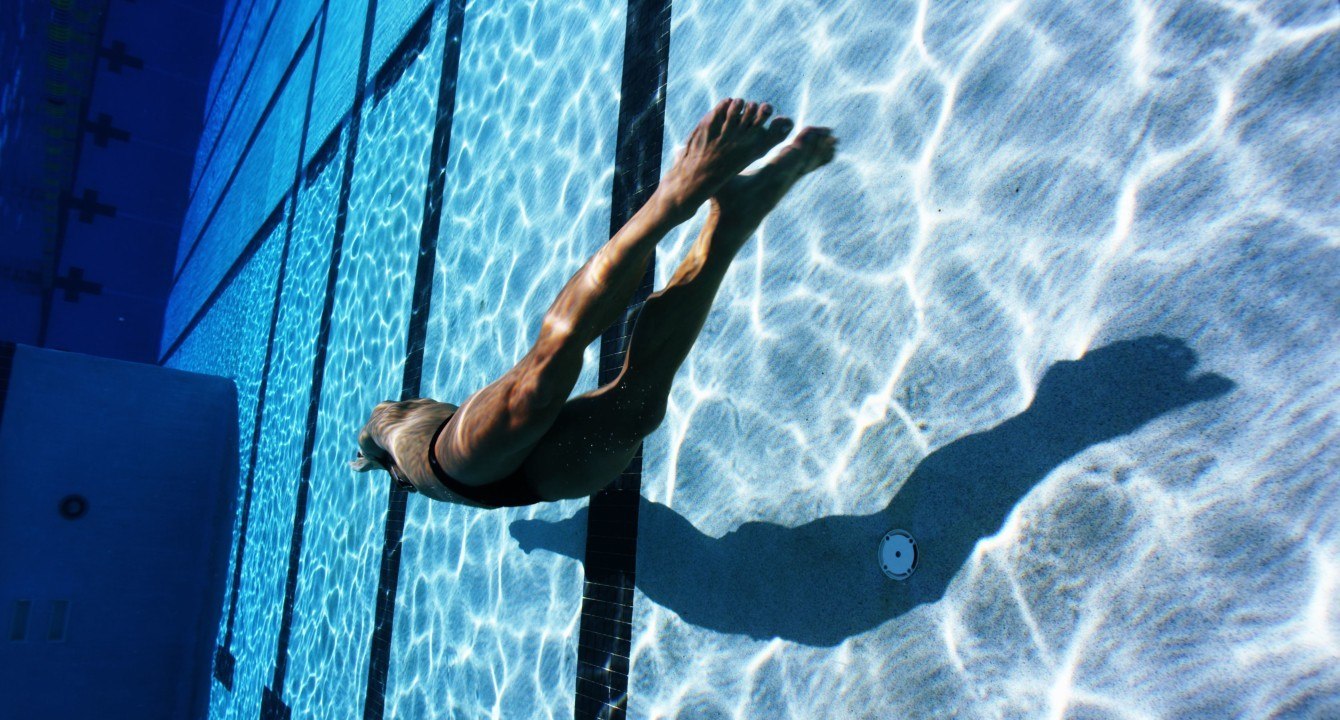 Coach Eddie Reese dedicates sets in each practice to improving the dolphin kick. It is no wonder that Texas had 6 out of 8 finalists in the men’s 100 yard fly at the NCAA Division 1 Championships this year. Current photo via TRC

Dolphin kick, which is now used in all four strokes, is often referred to as the ‘fifth stroke’. It is so important to faster swimming that Olympic coach Eddie Reese dedicates sets in each practice to improving the dolphin kick. It is no wonder that Texas had 6 out of 8 finalists in the men’s 100 yard fly at the NCAA Division 1 Championships this year. If you aren’t devoting a lot of effort to building a stronger dolphin kick, then you should rethink your training.

When I ask our Race Club campers how many dolphin kicks they are allowed to take during a butterfly stroke cycle, the usual answer is two. The real answer is four, two down kicks and two up kicks. In analyzing the acceleration and deceleration from our velocity meter studies during the dolphin kick, it appears that the down kick provides about 80% of the propulsive kick force and the up kick about 20%. However, the up kick provides another important function, so it cannot be taken lightly without paying a big price.

The muscles driving the up kick, primarily the lower back, hamstring and gastrocnemius (calf) muscle, are not as strong as the quadriceps muscles, primarily driving the down kick, yet they need to be developed for this important motion. The motion of the feet during the up kick is the only motion of the body that provides propulsion without having the feet move backward in the water. Since water is liquid, propulsion is derived from the propelling surfaces (hands and feet) moving backward relative to the still water (Newton’s third law of motion…action and reaction). During the propulsive phase of the down kick and the pull, the feet and hands are moving backward, but not during the up kick.

The reason the up kick can provide propulsion while the feet move forward is because the preceding down kick creates a vortex (wake) behind the feet that moves forward and downward, trailing the feet. In addition, there is a vortex (wake) behind the body of the swimmer, following the swimmer. The combination of these two vortices causes a stream of water to move forward behind the swimmers’ feet. In order to provide propulsion, the feet need to be moving backward relative to the still water. Since the water behind the foot is moving forward, the motion of the foot during the up kick can move forward at a speed slower than the vortex and still create propulsion. That motion also creates a vortex that helps the subsequent down kick. Therefore, the more aggressive the up kick, the more powerful is the following down kick.

Work on the dolphin kick, whether it is on your side, stomach, back (on your back the up kick is really the down kick) or vertically. But work it. Particularly, work on the weaker part, the up kick, as it is more important than you might think.

Hello Gary, was at IU Bloomington when you, Mike Stamm, John Murphy, John Kinsella, Mark Lambert, Mark Spitz, Mel Nash, Gary Connelly, Fred Tyler & the others were there. Appreciated you then, & greatly appreciate your work now. It takes Doc’s research to the next level as he would have wanted. Very fitting tribute to you both. (Also – remember Art Mindheim?)

Gary Hall and Mark Spitz just did the 2 strokes underwater since the old rules limited what you could do.

Actually Cynthia, they did that then only because it was a totally different era; there were actually no limitations at the time. Prior to 1989, only breaststroke (1956) was limited to 15M (https://www.kiefer.com/blog/15-meter-resurfacing-marker-underwater-swimming-rule & https://swimswam.com/lessons-from-legends-berkoff-blast-off/). Am just glad Jesse Vassallo (1976), & David Berkoff & Daichi Suzuki (later 1980’s) pioneered & then enhanced the underwater dolphin over the next 16 years. See also https://swimswam.com/david-berkoff-daichi-suzukis-underwater-duel-88/

Ian Thorpe had a good dolphin kick, but his streamline SUCKED.