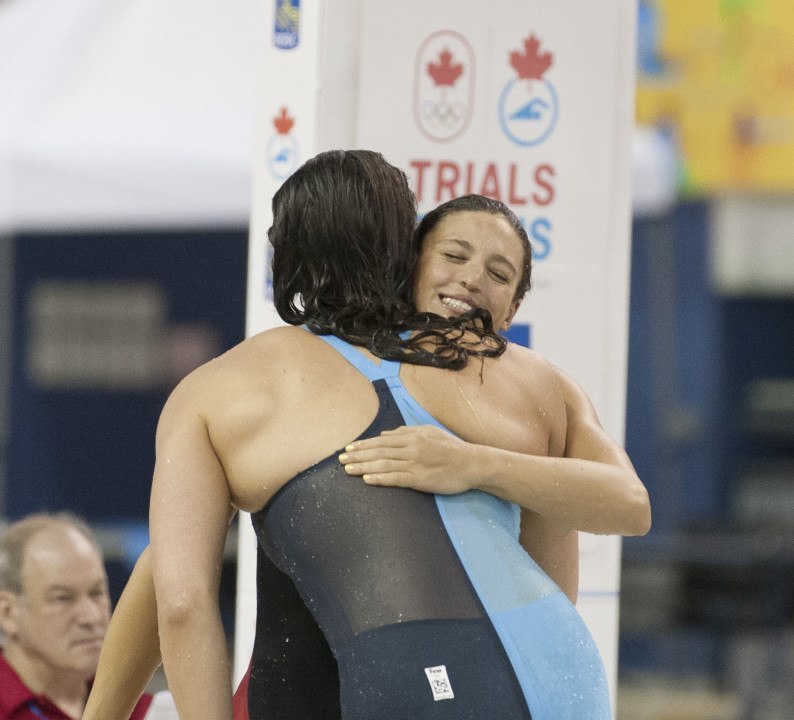 On the last night of competition Hilary Caldwell secured Olympic nomination for the 2016 Rio Olympic Games, and Michelle Williams added an individual event after qualifying in the relay last night.

Showing downright speed in the 50m freestyle, Williams took the silver medal position and get under the FINA ‘A’ time.

Williams clocked in at 24.82 to finish just 0.19 seconds behind winner and teammate Chantal Van Landeghem. The time marks a personal best for Williams, bettering the 24.84 that she swam at the 2015 FINA World Championships by two one-hundredths of a second.

Her performance now ranks her 18th in the world this year and right in the mix with some of the top sprinters worldwide.

Following Williams’ performance Hilary Caldwell hopped in the water in preparation for her 200m backstroke swim. A lot was riding on this swim since Caldwell hand’t made the team yet, but she quickly churned out a great 2:07.96 to put up the fifth fastest time in the world this season.

The time was the fastest Caldwell has been since the 2013 World Championships where she won bronze in the 200m backstroke.

Both Caldwell and Williams are the final names to be nominated for the Canadian 2016 Olympic Games team. Depending on relay qualification for the men which will be decided on a later date, more names could be nominated to the roster.