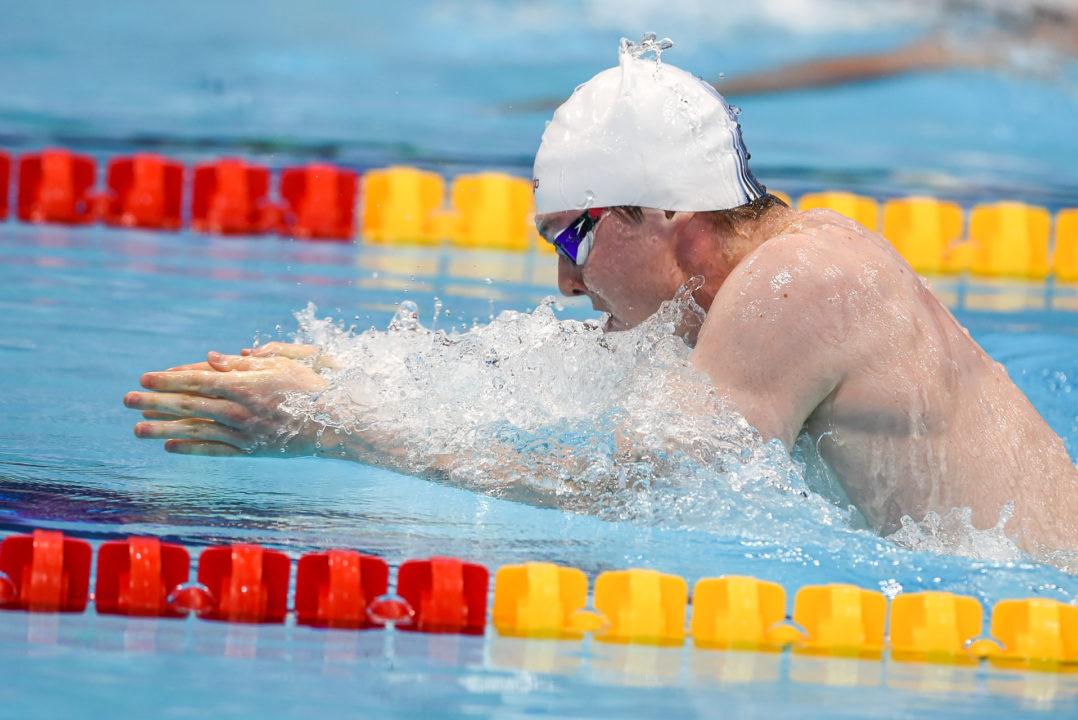 Britain's men's breaststroke prowess continued to show in full effect tonight, with James Wilby and Ross Murdoch throwing down the 4th and 5th fastest 200 breasts in the world this year. Stock photo via Peter Sukenik/www.petersukenik.com

Two more swimmers added their names to the World Championships roster on day 4, while one other most likely earned herself an event in Gwangju. Britain’s men’s breaststroke prowess continued to show in full effect tonight, with James Wilby and Ross Murdoch throwing down the 4th and 5th fastest 200 breasts in the world this year. Wilby roared to a new season best of 2:07.49, while Murdoch clocked a season best 2:07.96 Both men were under the Britain’s automatic qualifying standard of 2:08.05, each officially punching their tickets to Gwangju. James Wilby is already in the ‘likely’ category for the men’s 100 breast, meaning we’ll probably see him in both breaststrokes in Gwanju.

One other swimmer is now likely headed to Gwanju in July: 18-year-old Freya Anderson. Anderson chased down Anna Hopkin on the back half of the women’s 100 free tonight, clocking a new best 53.79. That time was well off the automatic qualifying standard of 52.72, but came in under the consideration time of 53.95. As GB’s fastest 100 freestyler of this season, it’s incredibly likely Anderson will be swimming the 100 free in Gwangju.