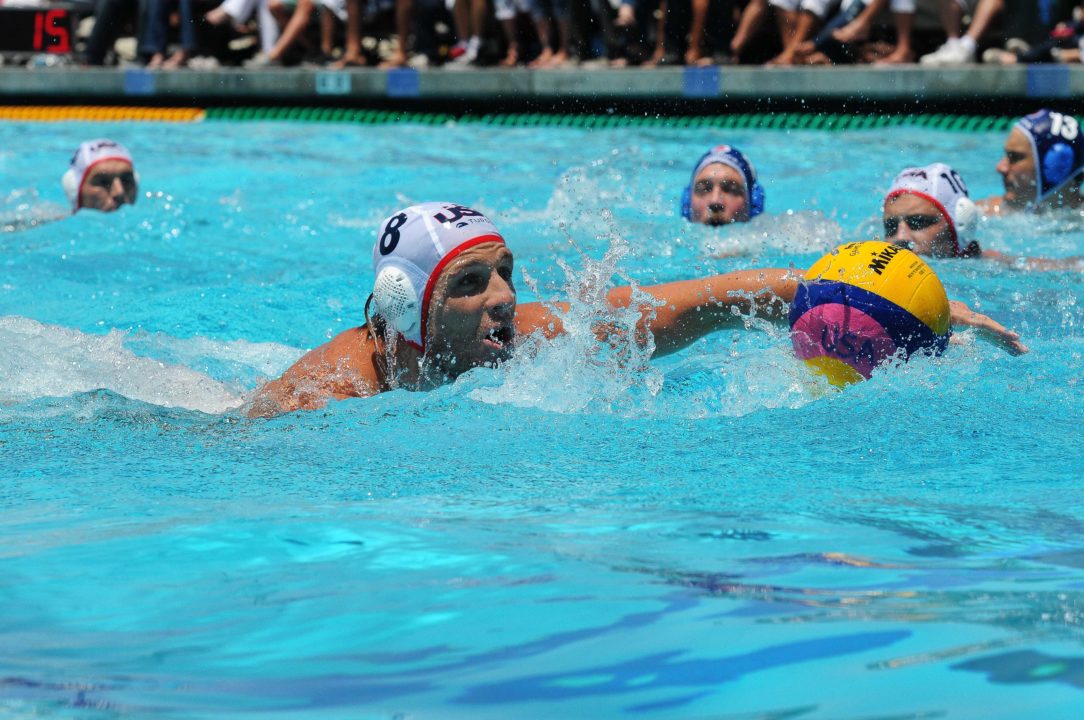 Hungary got off to a fast start posting a 4-0 lead after the first period. Bonanni broke through for the United States in the second period to cut the deficit to 4-1, but Hungary would go on to build a 7-1 advantage at halftime. The two teams were even in the third period scoring two goals apiece leaving Hungary ahead 9-3 after three periods. In the fourth Hungary added three more goals to just two from the United States to take the match 12-5.

A day after allowing Germany to go 12/13 on the power play, the USA defense was better in this match holding Hungary to a 3/7 conversion. Conversely the United States struggled on their power play attempts going 0/6. In addition to Bonanni’s goals the rest of the scoring came from Danny McClintick (Agoura Hills, CA/UCLA/Bruin) and Nolan McConnell (Laguna Beach, CA/Long Beach State/SET) who each scored one goal apiece.