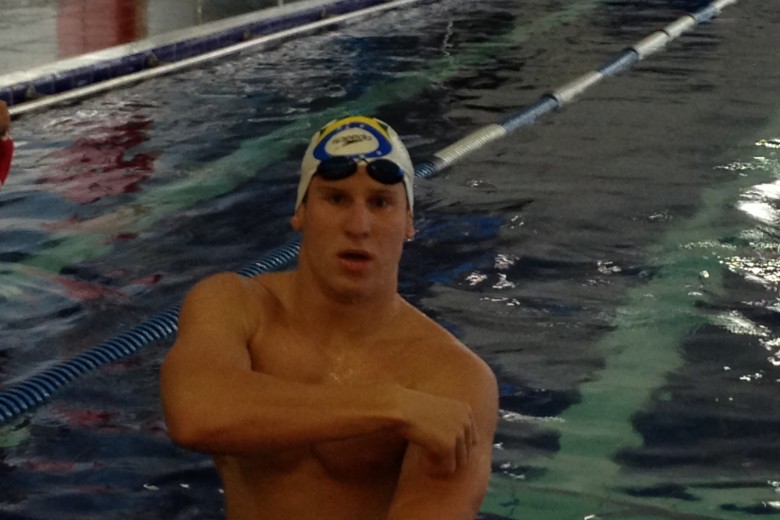 "I feel the coaches at Tennessee are very passionate and have great things planned for the future," said Coetzee. "I really like the team they have and are currently building and feel honored to be a part of something this spectacular. The spirit of everyone seems amazing! Go Vols!"

South African Ryan Coetzee has signed a letter of intent to swim for the Tennessee Volunteers. That makes the 5th Junior World or Junior Pan Pac medalist that the Volunteers have signed in the last 12 months (in addition to David Heron, Evan Pinion, Luke Percy, and John Paul Stevens).

Coetzee ranks 35th in the world in 2013 in the 50 long course meters butterfly; in that event, he was the fastest swimmer at the Junior World Championships, though he wound up placing just 5th in the final.

In long course, Coetzee has been as fast as 23.81 in the 50 this year – which is roughly the same time that Chad le Clos, Cullen Jones, and Tyler McGill have been, for reference. He’s also been 53.59 in the 100 long course meter fly. That converts to around a 47-mid in the 100 yard race.

Coetzee is part of the new era of South African swimming where they produce a ton of great butterfliers, led by the Olympic Champion over 200 meters Chad le Clos.

I feel the coaches at Tennessee are very passionate and have great things planned for the future. I really like the team they have and are currently building and feel honored to be a part of something this spectacular. The spirit of everyone seems amazing! Go Vols!

With due deference to the veterans of the Tennessee team, looking at the fall of 2014, and the Volunteers will have some pretty incredible medley relays coming together. A medley relay of Sean Lehane, Peter John Stevens, Coetzee, and Australian Luke Percy will all be teenagers (Lehane is about a year younger than most in his class). Percy, and Stevens won the 50 free and 50 breast, respectively, at Junior Worlds this summer; Coetzee was the fastest in the 50 fly though he didn’t win it, and Lehane would be on the USA Swimming Junior National Team were it not for a special rule that says sophomores can’t make the team, regardless of age.