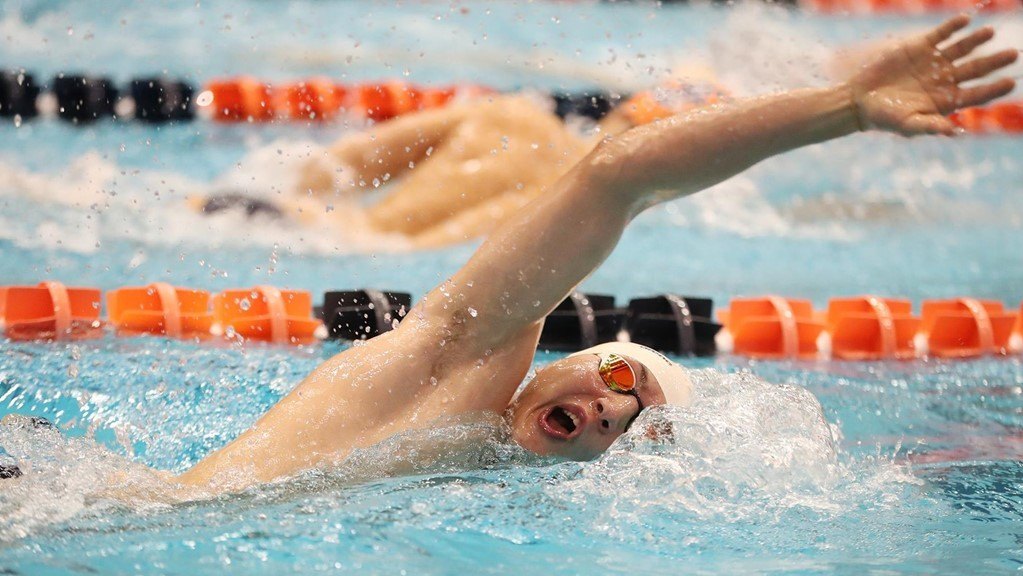 The Virginia men’s and women’s swimming and diving teams will travel to Louisville for a two-day meet at the Ralph Wright Natatorium in Louisville, Kentucky. Current photo via Virginia Athletics

CHARLOTTESVILLE, Va. – The Virginia men’s and women’s swimming and diving teams will travel to Louisville for a two-day meet at the Ralph Wright Natatorium in Louisville, Ky., this weekend. Competition will begin on Friday (Nov. 2) at 5 p.m. as Saturday’s (Nov. 3) start time is slated for 10 a.m.

In the Rankings
Both programs enter the weekend with their men’s and women’s teams ranked in the College Swimming and Diving Coaches Association of America’s latest poll. The No. 7 Cavalier women’s team holds a slight edge over the No. 8 Cards, while the No. 16 Virginia men will face No. 13 Louisville.

• This is the fourth dual meet of the season and the first on the road for the Cavaliers. The men are undefeated, topping Penn State, Pitt and Auburn throughout the season as the women’s team suffered its first loss last week to No. 17 Auburn for a 2-1 record on the year.

• Sydney Dusel (Naperville, Ill.) captured her sixth first-place finish last weekend against Auburn to remain undefeated on the 3m board this season. Her score of 335.25 on the 3m board ranks third in school history.

• The Cardinals are led by the 2018 female ACC Swimmer of the Year, Mallory Comerford. Comerford leads the country in three individual events and ranks seventh in a fourth event.

• The men’s and women’s programs have a combined 26 performances that rank in the top 15 this season.

Last Time Out
• The Cavalier men topped Auburn after capturing 14 wins in 16 events, building to a 200-129 victory. Seven swimmers recorded a first-place finish in at least one event with Lewis Burras (Dubai), Brendan Casey (Santa Monica, Calif.) and Otto each placing atop two individual events.

• The women’s team suffered its first dual meet loss of the season to No. 17 Auburn, 196-139. Moroney, Madden, Kaki Christensen (Darien, Conn.), Eryn Eddy (Loveland, Colo.) and Dusel each picked up wins during the competition.

Against Louisville
• This is the second meeting this season between the women’s teams as both programs competed at the SMU Classic three weeks ago. Louisville topped the six team meet, defeating Virginia and No. 11 USC in the process.